Dear Petr Boleslav, you are team captain of Novy Bor, the strongest team in the Czech Republic. And you are the organiser of the Prague Chess Festival, which this year goes into its fourth season. Do you still remember when you had the idea to organise such a chess festival?

For eleven years we organised matches in Novy Bor, in which strong Czech players could measure their skills against top international players. The matches were nice and successful, but at some point we wanted more and had the idea to organise a tournament. An attractive and competitive event with several tournaments in which you can qualify for the stronger tournaments in the weaker ones.

We then had the idea to organise a chess festival in Prague with a format that is similar to the famous tournaments in Wijk aan Zee: a Masters and a Challengers tournament, in which the winner qualifies for next year’s Masters.

The fourth tournament is the “Futures”.

Yes, of course. But we gained a lot of experience when organising the matches, and now we could probably organise such matches in a very short time. But the organisation of the festival starts at least half a year in advance.

But I have a fantastic and well-coordinated team that I can rely on. Approximately eight people who have a lot of experience with the organisation of the matches and the festival, and who are on site all the time during the festival. I am especially grateful to my assistant Luisa Kopecka – she is fantastic.

Before the tournament, you have to decide which players to invite, you have to talk to sponsors and you have to care of an attractive supporting programme. There are always bigger and smaller problems to solve which costs time. For example, this year we have the New Zealand film “The Dark Horse” in the supporting programme, and it was surprisingly difficult to get in touch with the director of the film who lives in New Zealand. Sometimes it’s also hard to get a good copy of a film and to have the right subtitles.

Moreover, we do have the ambition to organise a special tournament. And that is also a reason why we develop a new and independent motive which is added to our logo every year.

Both grandmaster tournaments, the Masters and the Challengers, have an attractive field. What criteria do you use to invite the players?

Of course, you want to invite strong, well-known and attractive players. But at the same time we want to give Czech players a chance to prove themselves. So David (Navara) is a regular guest, but Thai (Nguyen) has also established himself. 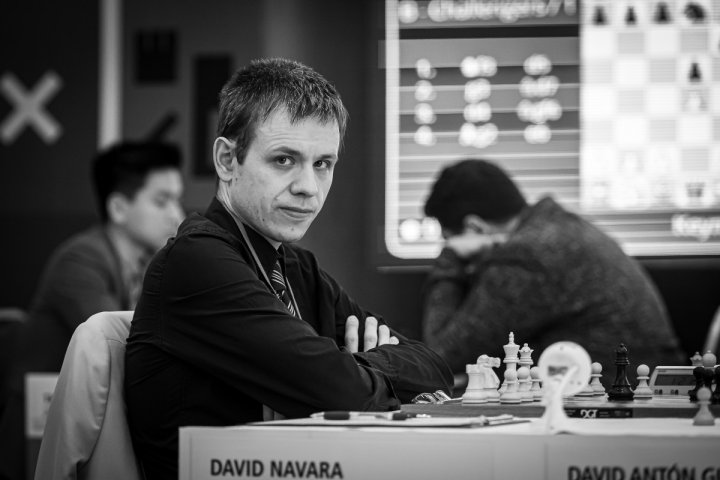 And of course, last year’s winner and defending champion should be there. Sam Shankland won the Masters in 2021 and he immediately agreed to come to Prague again this year. Sam is a very nice person and he likes the city and the tournament. When he accepted, however, he still had the chance to qualify for the Candidates Tournament – then he wouldn’t have come to Prague. I kept my fingers crossed that he would qualify for the Candidates Tournament, but unfortunately that didn’t work out. But instead he can try to defend his title in Prague.

When selecting possible participants, I discuss with Roman Mužík which players are interesting and who we could invite, and then I take a look at those players. At my peak, I had an Elo rating of about 2100. Not very good, but good enough to get a feel for how grandmasters play.

This year, no less than three very promising and very strong juniors start in Challengers: Hans Niemann, Nodirbek Abdusattorov and Vincent Keymer. How did you manage to get these three stars to start in the Challengers? 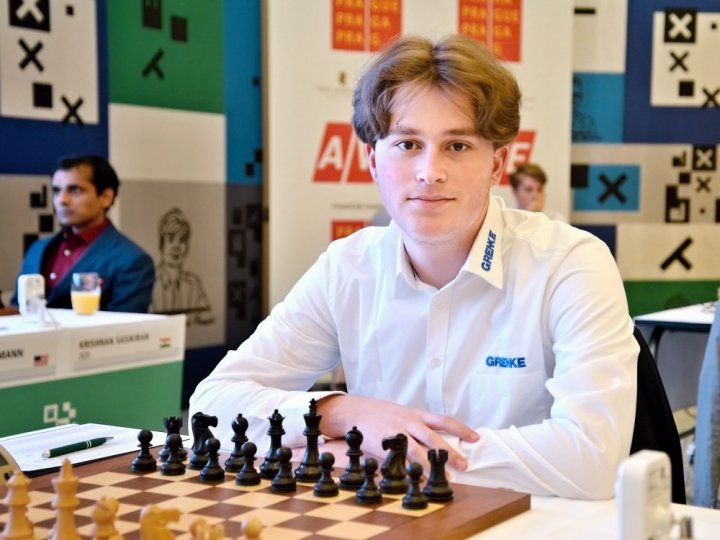 When we invite people, we also make sure to invite players from nearby countries. Visitors from Poland are happy to see Duda play and visitors from Germany are interested in Vincent Keymer. Duda was also there for the first three tournaments, but this year he didn’t have time because he plays in the Candidates Tournament.

Who supports the tournament?

The main sponsor is Roman Mužik, who also owns and supports the Novy Bor Chess club. He is co-owner of AVE CZ, a large waste disposal company active in the Czech Republic and middle Europe. Roman is a chess fan and he just likes to see some players play.

The newspapers are a bit less supportive. After all, football, handball, tennis and swimming are more popular sports.

The first Prague Chess Festival took place in 2019, and this year the fourth festival is played. But how did the event survive Corona?

Corona was a problem, but we were a bit lucky. In 2020, the festival took place in February, before the lockdown. In 2021, we moved the festival to June, thus avoiding the lockdown in spring and winter. But we had to slim down a bit: There was almost no supporting programme, just the Masters, an Open and the Futures.

What will come next, what plans do you have for the future of the festival?

From year to year we gain experience and notice what we can do even better. For example, in the things that accompany the festival. In general, of course, we would like to have even stronger players, such as Caruana or Carlsen. But all in all things are good!

You invest a lot of time and energy in organising this tournament. What drives you, what motivates you?

I like chess and all the things that are linked to chess: Literature, film, art, sport and much more. And since chess fascinates me, but I’m not a strong player myself, I became an organiser (laughs)!

Thank you very much for the interview!

Easy play against the Budapest Gambit

Canelo says Benavidez brings “NOTHING” for him, claims he already beat #1 fighter at 168 in Callum Smith ⋆ Boxing News 24

We should stay focused and look beyond the horizon