A very interesting lineup has been put together in the Challengers section of this year’s Prague Chess Festival. Three players from the top-10 in the juniors’ ranking were invited: Hans Niemann, Vincent Keymer and Nodirbek Abdusattorov. The promising talents are all likely to become stable 2700+ rated players, and they are topping the standings in the Czech capital.

How Bobby Fischer battled the Sicilian

Fischer liked to play aggressive but basically sound lines against the Sicilian and many of his variations are still very much alive and a good choice for players of all levels.

After five rounds, Keymer has collected three wins and two draws to take the sole lead on a remarkable 4/5 score. Abdusattorov, who is also undefeated, stands a half point back, while Niemann is one of three players on a +1 score — the US grandmaster has won twice after his loss in round 2.

Niemann has already drawn his direct encounters against his top-10 colleagues. Keymer and Abdusattorov, on the other hand, are yet to face each other in round 7, when the Uzbek star will get the white pieces.

All three of them won their round-5 games on Monday. Niemann caught Krishnan Sasikiran’s in a mating net in a double-edged queenless position.

Both the rook and the light-squared bishop are under attack, but Black cannot grab either of the two pieces. Sasikiran resigned instead of playing the only move 36…Kxc7, which would be followed by 37.Rc8# 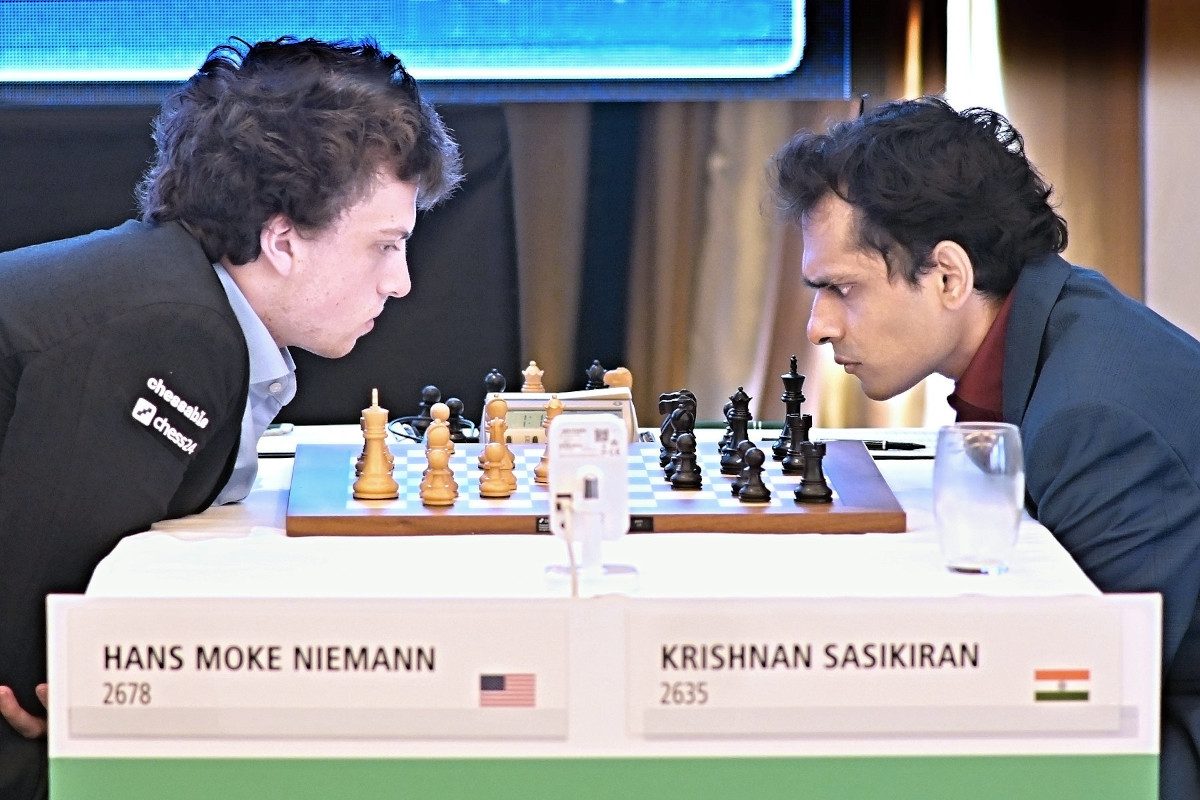 In round 4, Dutch grandmaster Max Warmerdam got the better of Peter Michalik with the black pieces. A very interesting endgame appeared on the board, in which Warmerdam had a queen and a pawn against Michalik’s rook and two far-advanced connected passers. As shown by GM Karsten Müller, Black could have held the draw from the following position:

Michalik’s 74…Kd2 allowed White to create zugzwangs later on, which combined with a2-a3 later were enough to untangle his position and get rid of the dangerous passers. Instead, 74…Re2 would have drawn the game for Black!

Check out GM Müller’s full analysis in the replayer below.

Le and Harikrishna still on top

We also received an in-depth analysis by GM Müller from the Masters’ fourth round. Hari’s victory with black over Parham Maghsoodloo was certainly the highlight of the day, as it reached the Troitsky Endgame.

Two knights against pawn has been investigated very deeply by Russian endgame theoretician Troitzky. When the pawn is securely blocked by a knight, he has given a line where the attacker always wins. If the pawn is blocked on a5, b3, c4, d5, e5, f4, g3, h5 or below then the attacker always wins, but the 50-move rule is not taken into account. Here the pawn has crossed that line and so there is a drawing and a losing zone for the defending king. The drawing zone starts from the safe corners and the losing zone from the unsafe corners. Here b7 is safe and h8 is unsafe.

A great chance to learn more about this rare setup! 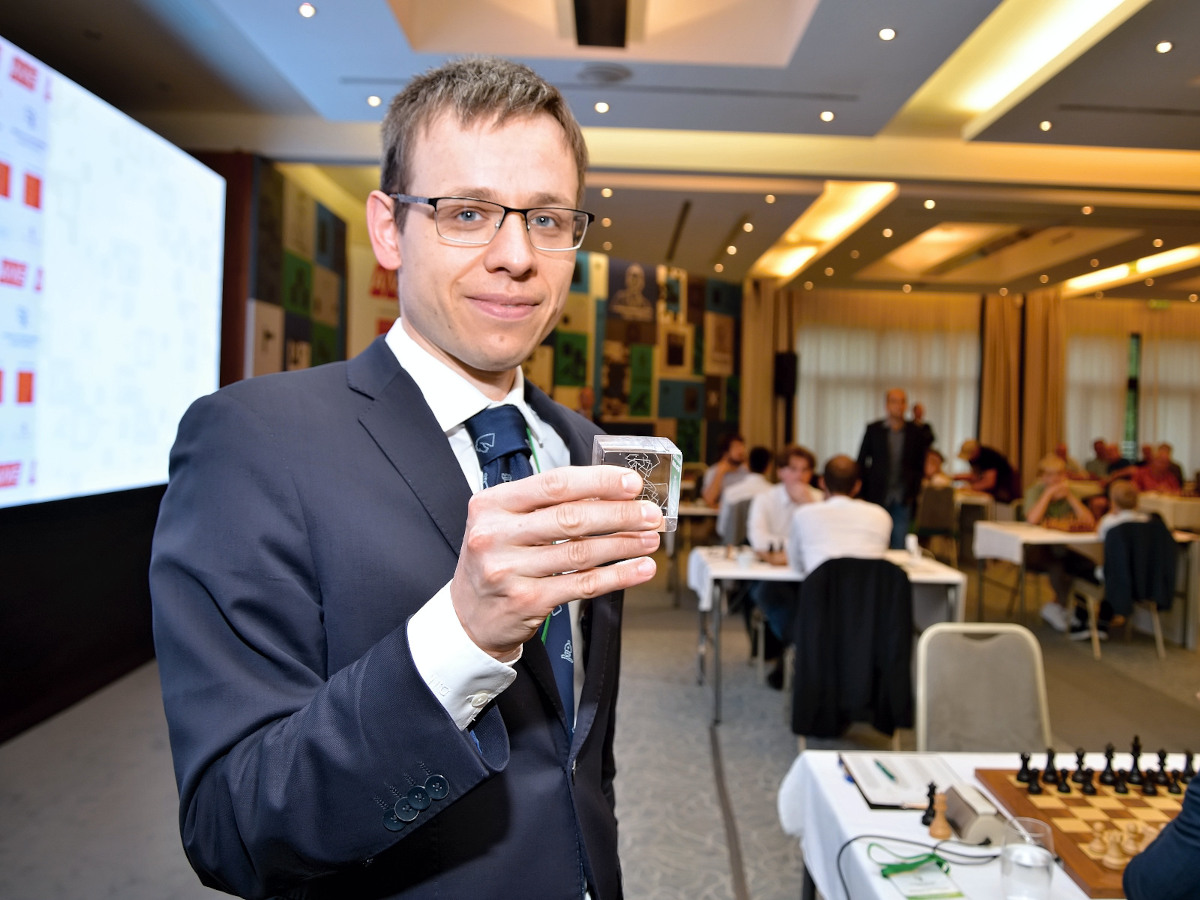 The Queen in Chess – Best Playing Guide for Beginners

The Queen in Chess - Best Playing Guide for Beginners