Magnus Carlsen clinched his fifth Norway Chess title on Friday. This was his fourth consecutive victory in his home event, which had its tenth anniversary this year. The world champion beat Veselin Topalov in Armageddon to finish the tournament with 16½ points, leaving Shakhriyar Mamedyarov in sole second place, a full point behind.

For a while, it seemed likely that Mamedyarov would overtake the eventual champion in the standing, as he had the initiative in his classical game against Teimour Radjabov. Importantly, the latter was under pressure both on the board and on the clock.

At some point, Radjabov had less than 3 minutes with 14 moves to go before reaching move 40, when 10-second increments are implemented — i.e. he had to make difficult decisions which could lead to him being physically unable to reach the control.

Black clearly needs to be careful in this position. Mamedyarov, who had played faster than his opponent, spent over 5 minutes before deciding on 29.Ng5 here, when 29.gxh5 was a tempting alternative. The cold-blooded engines evaluate this position as equal, but for Radjabov, finding all the right moves under the circumstances was certainly a difficult task.

Radjabov, who will be playing the Candidates starting next week, was up to the task, and managed to hold the draw, which was agreed six moves later — Mamedyarov was an exchange down, and chose to take the mini-match to tiebreakers instead of risking a loss.

By that point, Carlsen had drawn his classical game against Topalov, which meant he had already secured tournament victory. 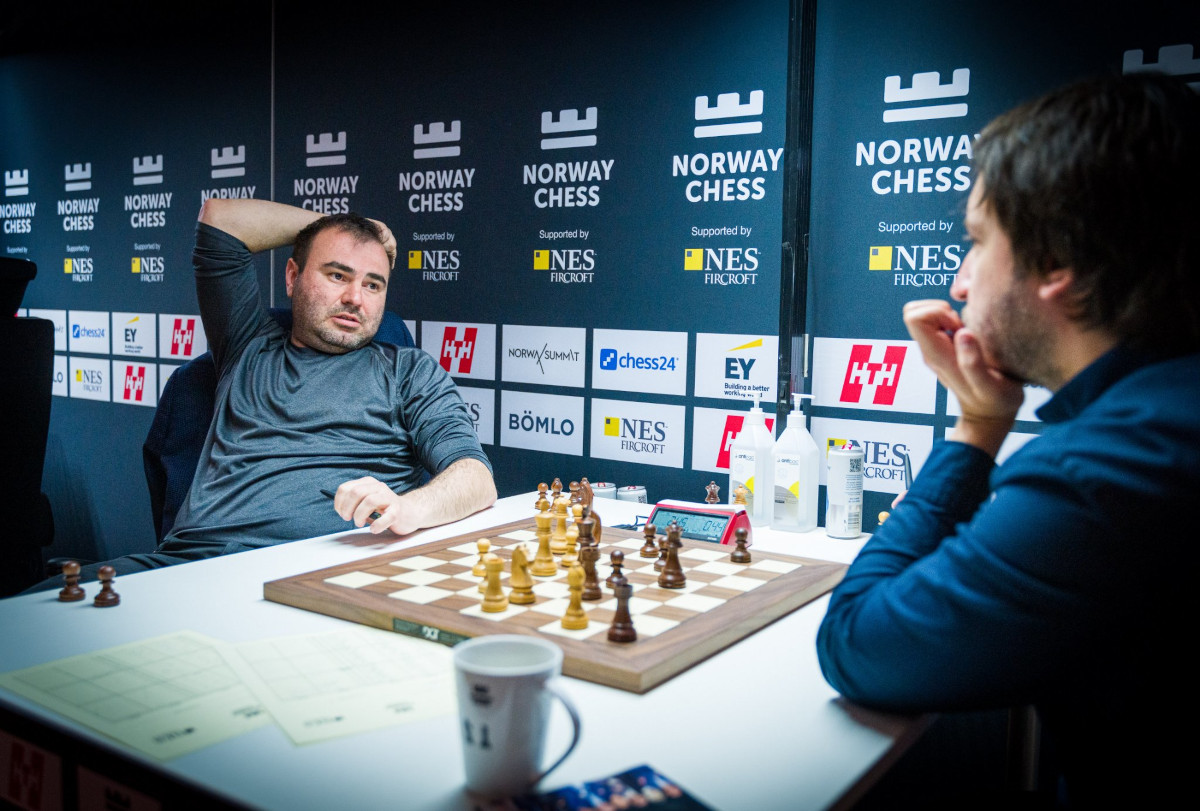 Carlsen has played in every single edition of the Norway Chess super-tournament, an event that has been held yearly since 2013. Notably — given the world champion’s track record — he did not manage a single tournament win until the fourth edition, in 2016. He finished ninth and fourth in 2017 and 2018 respectively, and has won every edition since then.

Thus, the man from Tønsberg has won 5 out of the 10 editions of the Stavanger event. This year, he won three classical games and drew the rest, getting a TRP slightly above his stratospheric 2865 Elo rating. Remarkably, he lost 3 out of 6 Armageddon deciders, and nonetheless managed to win the whole thing.

Winning on classical score rather than because I won Armageddon is quite satisfying. I think my play was pretty good for most of the tournament, and then I just completely ran out of steam at the end.

Talking specifically about his last-round classical game against Topalov, Carlsen referred to his decision to simplify in the following position.

When asked if he had considered playing a move other than 30…Rxd4 here to keep the game going, Carlsen noted, “I think I should take the draw with both hands at this point”.

Moreover, the world champion thought Mamedyarov would win his classical game. Carlsen agreed that he was lucky in the end, but, as mentioned above, he was also mostly satisfied with his performance in the classical games. Fatigue definitely played a role for him, who is now set to take a break until the Olympiad in Chennai. His short-term plans?

I’ll be following the Candidates full-time for the next couple of weeks.

It was yet another great performance for the world number one, who is not only strong making moves over the board, but also has proven to be an excellent interviewee. After a thrilling final round which saw him win a fourth consecutive title with a bit of luck, he said with a smile:

It’s always better to have a break after you caught a break. 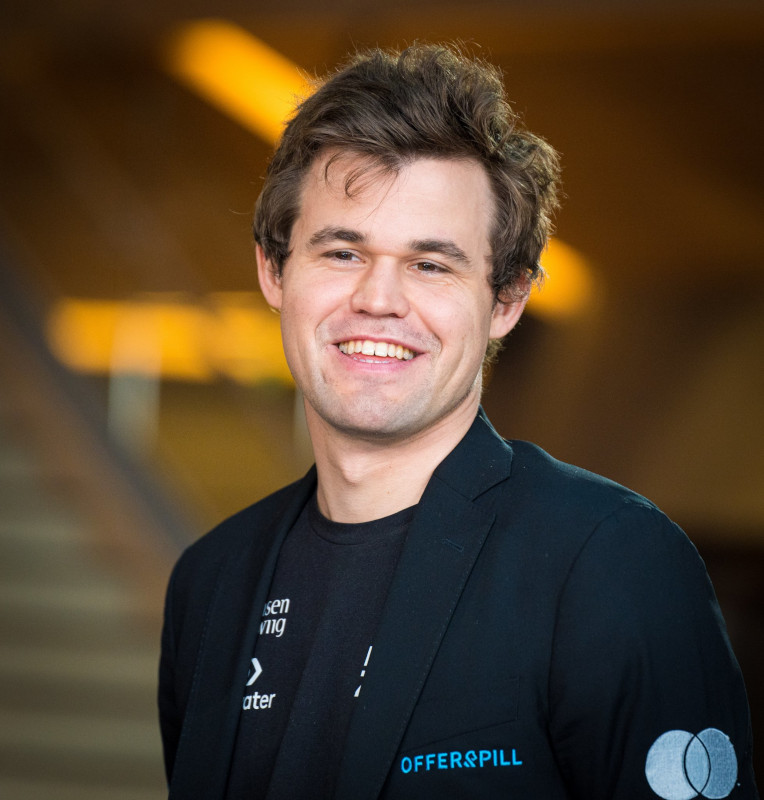 Once the fight for first place was settled, both Carlsen and Radjabov drew with black in Armageddon to grab an extra half point in the standings table. For the first time in the tournament, all five classical games finished drawn.

Vishy Anand got third place after beating Aryan Tari in the sudden-death decider.

Playing black, the former world champion showed the proper technique to hold a draw in this theoretical position. As GM Karsten Müller explains in his analysis (find it in the replayer below), 57…c5 loses for Black, while Anand’s 57…Ra6 is one of two moves that keeps the balance, as 57…Ra4 also gets the job done.

After his great showing at the Superbet Poland event, Anand once again showed he is still very much capable of playing on equal terms with the very best in the world. The 52-year-old scored 5 out of 9 in his classical games, with only one loss to his name in the slow encounters — his painful blunder from round 8 was the culprit. Remarkably, he won 5 out of 6 Armageddon deciders, including his round-5 victory over Carlsen. 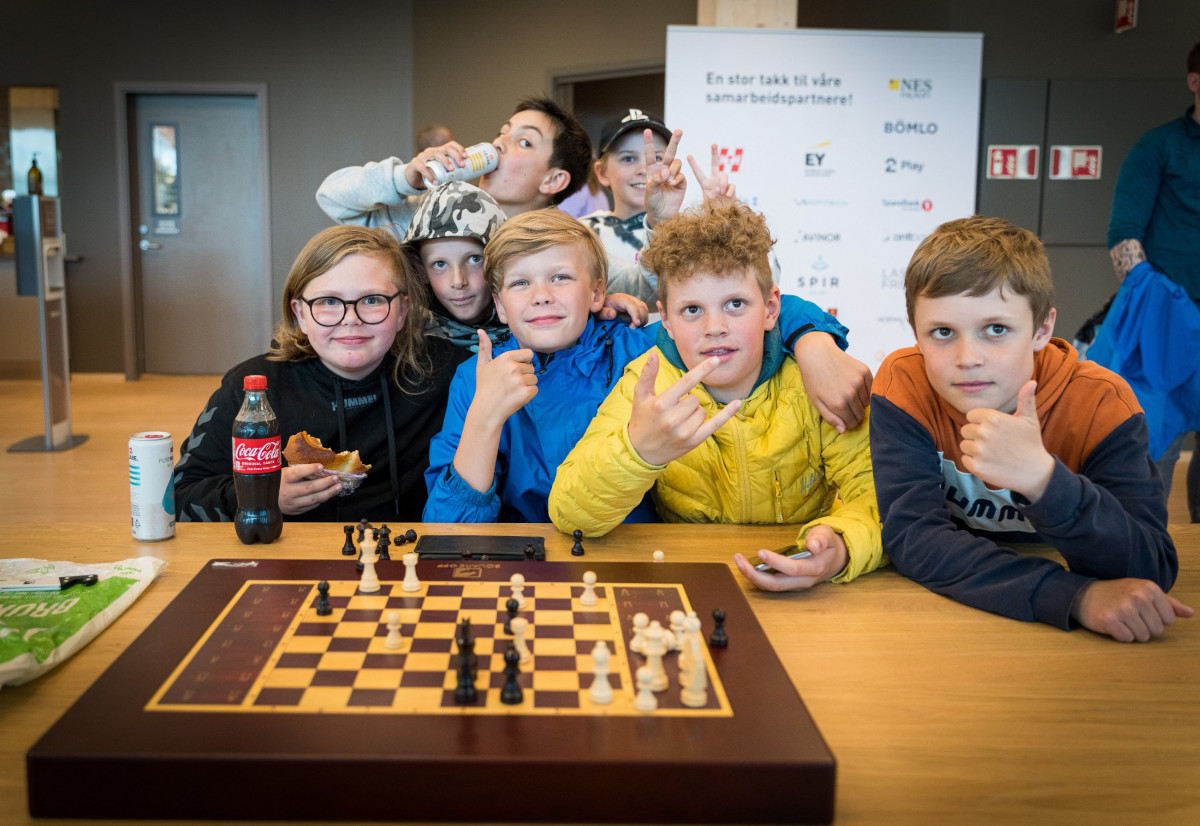 The art of attack | ChessBase

Prague: Le and Harikrishna share the lead in the Masters

Prague: Le and Harikrishna share the lead in the Masters

UniTeam wants to do more for PWDs’ cause, welfare

Climate-fueled disasters bring ‘grave’ costs across the globe in 2021

Gilberto “Zurdo” Ramirez Ready to Take on Anyone!