The greatest prodigy of all time


Mirror, mirror, on the wall, who is the greatest prodigy of them all?

The world has a fascination with great prodigies whatever the field or area. This is quite understandable since it brings with it the promise of a greatest ever and subsequent elevation of whatever it is they so precociously dominate. In terms of sheer genius, precociousness and accomplishments, perhaps the name that resonates more than any is Mozart. 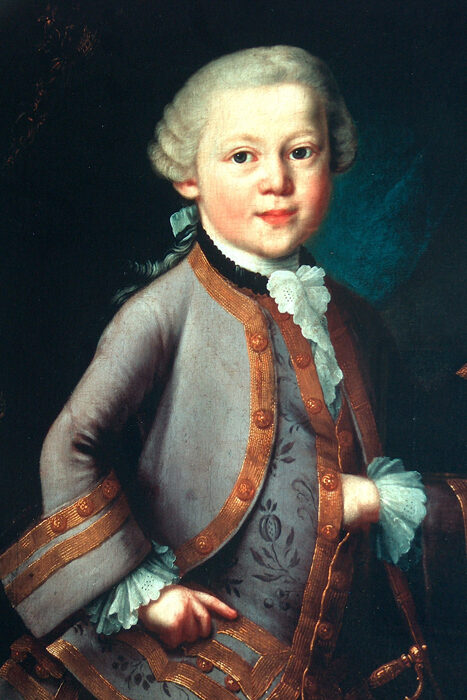 It is hard to imagine a greater prodigy in any field than Mozart, here aged six.

Playing the piano or violin blindfold is a nice parlor trick, but composing a full-fledged symphony at age seven is a ridiculously high bar to set.

In chess, the most common criteria used are either youngest grandmaster (or master) or the youngest to break Elo X. Both are exciting and fun measurements, but both suffer from similar problems. Let’s take a look at what these might be and why.

By Elo X, we mean either 2500 FIDE, 2600 FIDE, or 2700 FIDE. When it comes to the youngest 2800, well, the only two players who seem to have any claim to this are Magnus Carlsen or Alireza Firouzja, but as we will see, even this is not set in stone. The problem with using Elo as an absolute measurement is that Elo is not meant to measure absolutes at all. Elo is designed to measure the difference (if any) between two players, and not their absolute strength.

Let’s put it this way, In the 2009 World Championships for the 100 meter race, the results were as follows

These times are absolute, regardless of wind factor or other, and they are the times each runner took to cover the distance. However, if Elo had been used instead of a stopwatch, it would certainly rank the athletes correctly, but it could not tell you how fast Usain Bolt ran. Instead it could only tell you that he was 0.13 seconds faster than Tyson Gay, and 0.26 seconds faster than Asafa Powell, and the probability of beating either of them on any given day. In other words it could only tell you the difference.

This might seem a nitpick, but it is actually a crucial point. As of this writing, Magnus Carlsen stands at a towering 2864 Elo, and is 58 Elo above no.2 Ding Liren rated 2806 Elo, and so on. Imagine if FIDE were to suddenly decide to add 1000 Elo to every single player. In other words, Magnus is now 3864 Elo, Ding Liren is 3809 Elo, and even you dear reader have gained 1000 Elo. Does this mean you are stronger? Not in the slightest. Is the entire list now useless? Not in the slightest. So long as everyone has the same change, and the differences of Elo between the players remains untouched, the Elos are rigorously correct. Magnus Carlsen is still 58 Elo above Ding Liren and that is all that matters.

Now suppose you were to do this to the runners above. You decide to arbitrarily add three seconds to everyone’s result. Usain Bolt is still faster than Tyson Gay by +0.13 seconds, but now his time is 12.58 seconds. Is that ok? No, because contrary to Elos, their times were not relative, they were absolute.

It will be no news to most readers that ratings from decades past do not translate to ratings of today. In other words, in the 1977 ratings list, with Karpov the clear no.1 at… 2690 Elo, it did not mean he was weak enough that he would barely be able to compete with the Top 50 players of today (the world 50th today is rated 2685), since Elo does not measure absolute chess strength. It meant he was only 45+ Elo ahead of the field, based on his results in 1976. He would soon widen this gap to 60 Elo over Kortchnoi (world no.2) and 95 Elo above Henrique Mecking (world no.3) the next year, but another talk for another time. 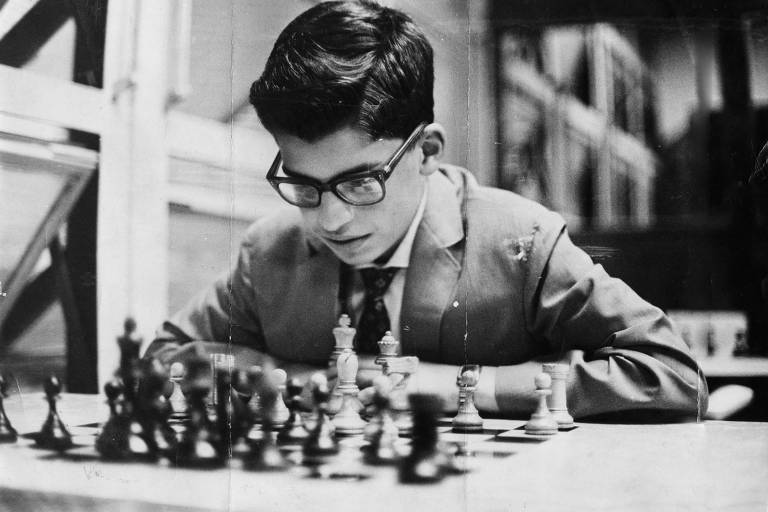 Henrique Mecking was one of the great prodigies, winning the 1965 Brazilian Championship at age 13 in a 20-player round-robin and then at age 15 in his only two participations (photo: folhapress)

The point is that it is far more relevant to state a player was world no.2 than some Elo number. The world ranking represents how the player stood compared to all the players of their time.

When Mikhail Tal climbed to 2705 Elo in 1980, he might indeed have become only the third player to break 2700 Elo at the time, but what merited attention was that more than 20 years after having lost his title, the Magician from Riga was now back to being the world’s no.2 player in the world.

Before anything, let’s be clear that the title of grandmaster is worthy of the utmost respect and is the greatest title one can achieve in the game, other than that of World Champion. However, the title itself and what is required has undergone not a few changes since its creation.

For example, for 33 years(!) Bobby Fischer held the record for youngest grandmaster ever when he earned the title in 1958 at age 15 years and 6 months. A less informed reader might conclude that he was simply ‘slower‘ to get the title compared to players today due to less access of information, less efficient training methods and so on. But the fact is there is just no comparison with what he needed to do.

In 1958, there were no FIDE ratings, GM norms, or any such criteria. There were essentially two ways to become a grandmaster. You could either be voted (yes, really) by a commission to be a grandmaster, or you could achieve this on your own by becoming an open challenger for the world title. The latter meant you had to qualify for the actual Candidates Tournament to be granted the grandmaster title. While they had a different set of events to reach the Candidates tournament then (Zonal -> Interzonal -> Candidates), the Candidates itself was not vastly different from today’s. The winner would earn the right to a match for the world title in a match. Fischer won the US Championship outright, qualifying him for the 21-player Interzonal, from which he then qualified to the eight-player 1959 Candidates tournament. That is how he became a grandmaster. 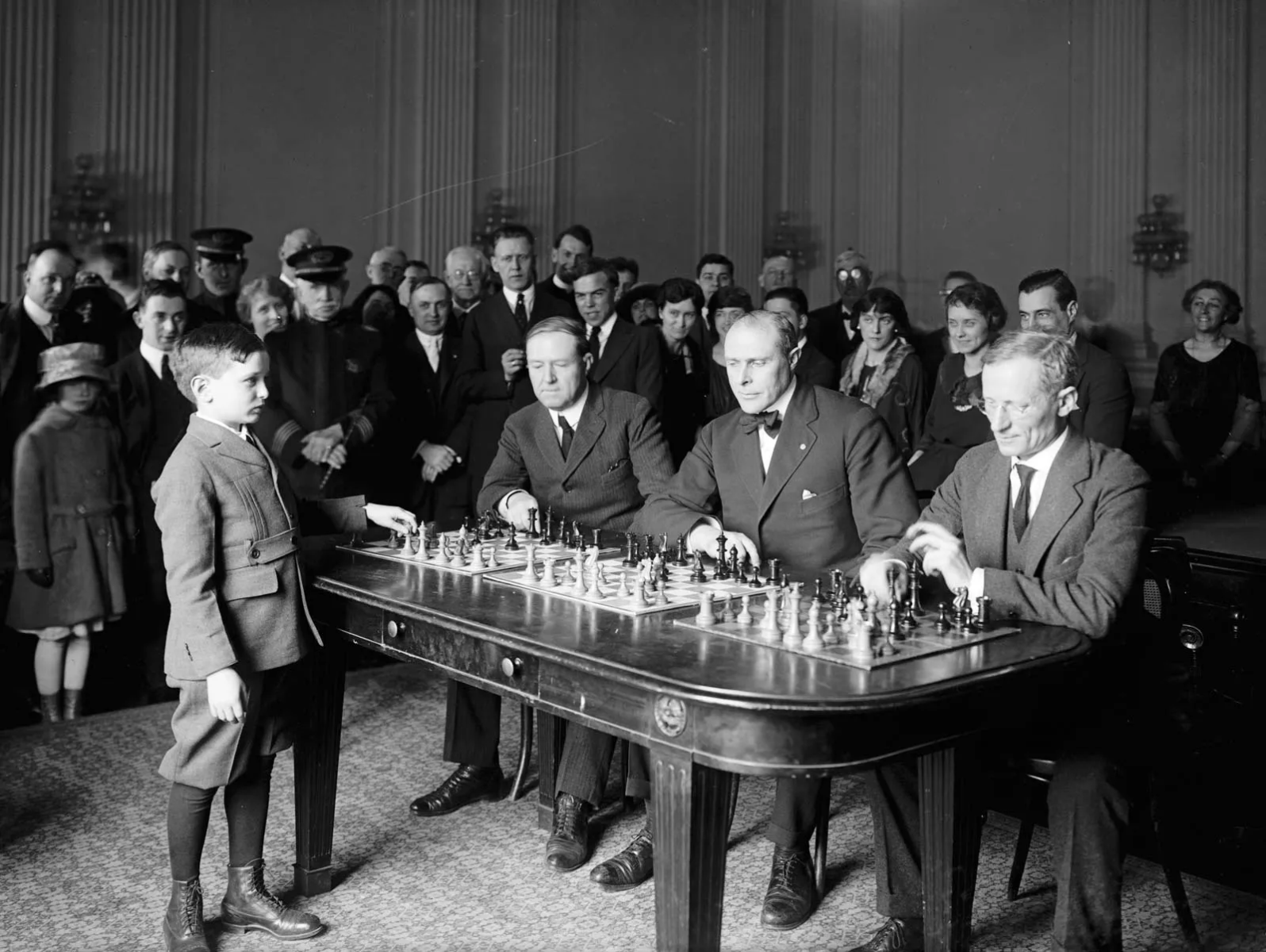 Among the great chess prodigies is without question Samuel Reshevsky. At what stage he was of master or grandmaster strength is hard to know, but he was to become one of the elite players for many years (photo: Library of Congress)

I have no desire whatsoever to diminish the achievements of other GM titleholders of any age, nevermind just the youngest, but the criteria are simply not the same. When FIDE adopted the system used today based on Elo ratings, norms, and more, it was a good thing as it made the process more transparent and democratic. The problem is that the norms were centered on rating performances meaning they were treated as absolutes. Exactly like today, a norm requires among other things a 2600+ performance. It treats Elos as immutable truths and this is a fundamental mistake as Elos are anything but immutable. In 1971, when the first FIDE ratings list was issued (meaning when FIDE officially adopted it), a 2600 Elo was the cutoff for the top 16 players in the world (Taimanov and Gligoric were tied 15-16th). Thus a norm meant a performance that equated to that level of play of a Top 16 player. Today the 16th player in the world is rated 2750 Elo, so if the GM norm were updated to reflect not an absolute Elo, but rather the Elo of the top 16 players, then a norm would require a 2750 performance.

In fact, in 1991, when Judit Polgar became the first person to break Fischer’s record after 33 years, using the new GM title criteria by FIDE, the cutoff was not vastly different from 1971, since the 16th player in the world at the time was rated 2625. A minor inflation, but nothing as dramatic compared to today. 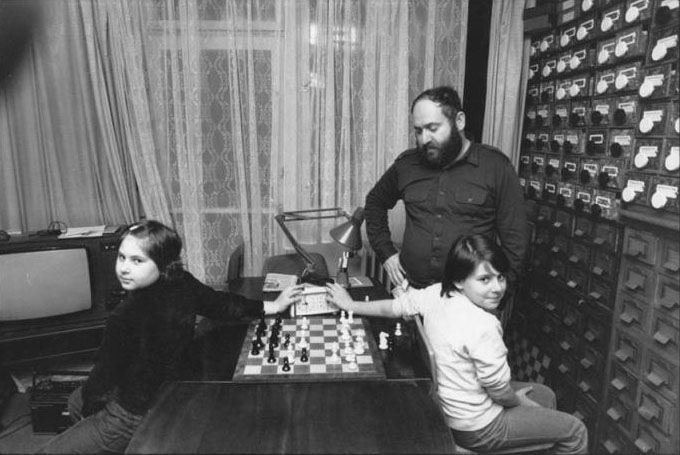 Compared to what both Bobby Fischer faced to get the title in 1958, and even Judit Polgar in 1991, it is not unreasonable to state that it is vastly easier today than it was for them. 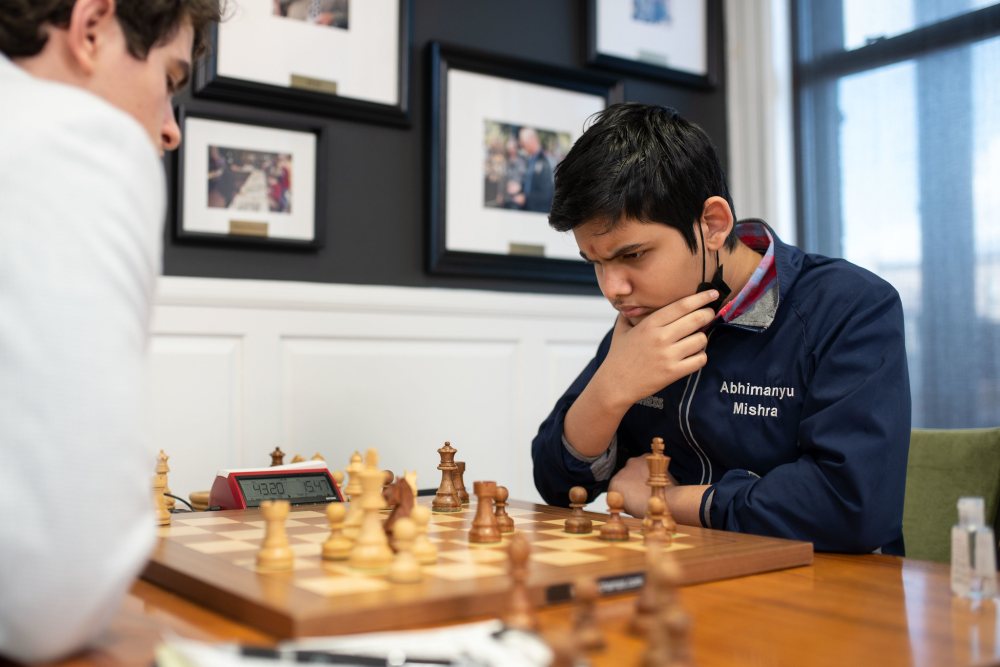 Abhimanyu Mishra is the record-holder for the youngest grandmaster, qualifying for it at 12 years, 4 months, 25 days (photo: Crystal Fuller)

One criterion that does translate better is that of world ranking. No one will argue that the world no.1, no.2, or no.3, regardless of the era, is clear and indisputable. In this, using the FIDE ratings only to classify the rankings, one name emerges head and shoulders above the rest in terms of pure precociousness. Here are the three youngest players to break into the FIDE Top 100. 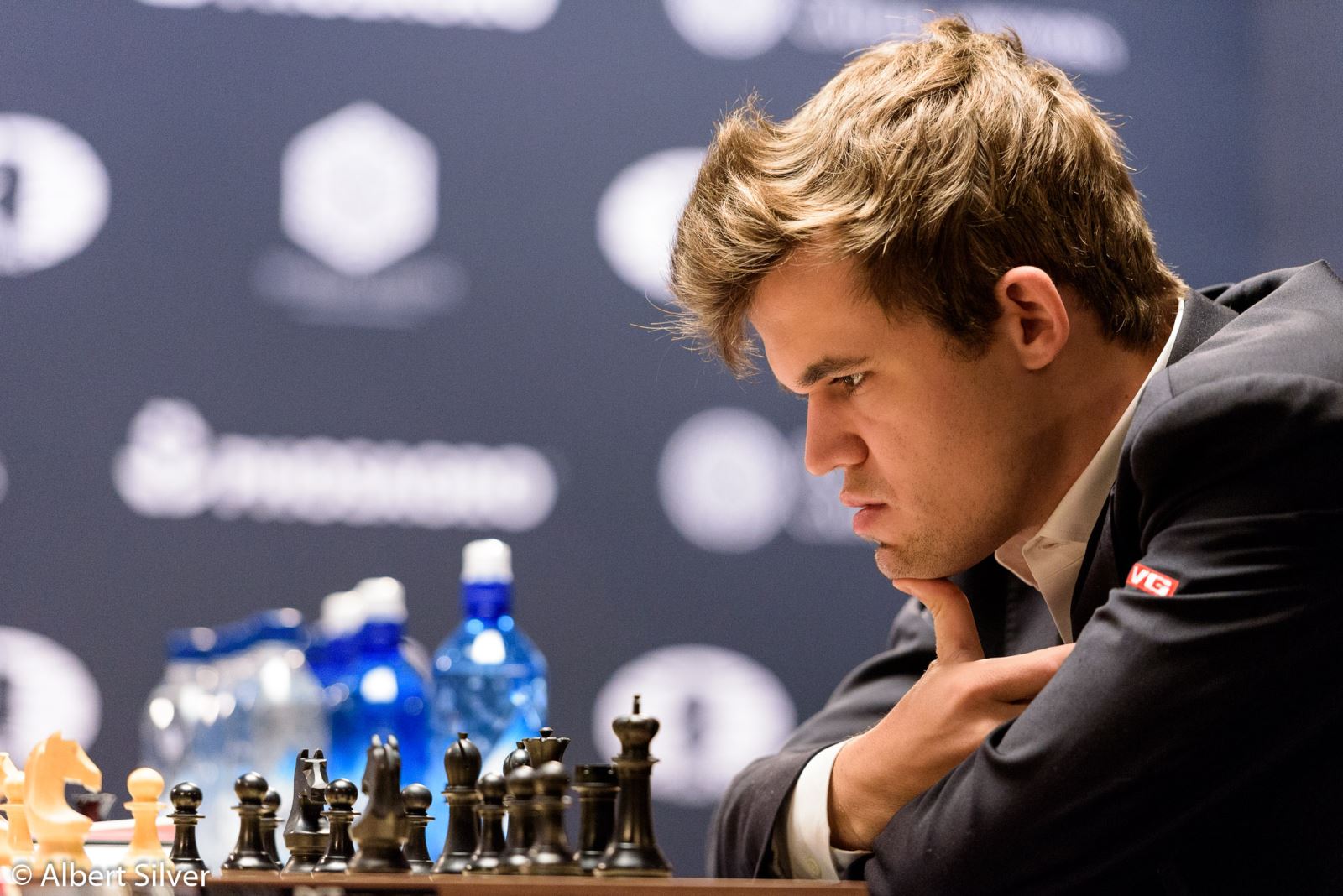 The fight for the third youngest player to become a Top 100 player was a close one, with Magnus Carlsen just edging out his 2016 challenger, Sergey Karjakin, and the Chinese wunderkind Wei Yi. Wei Yi was 15 years and 5 months when he did it, and Karjakin was 15 years and 2 months old. The world champion nipped it when he was 15 years and one month old in January 2006. 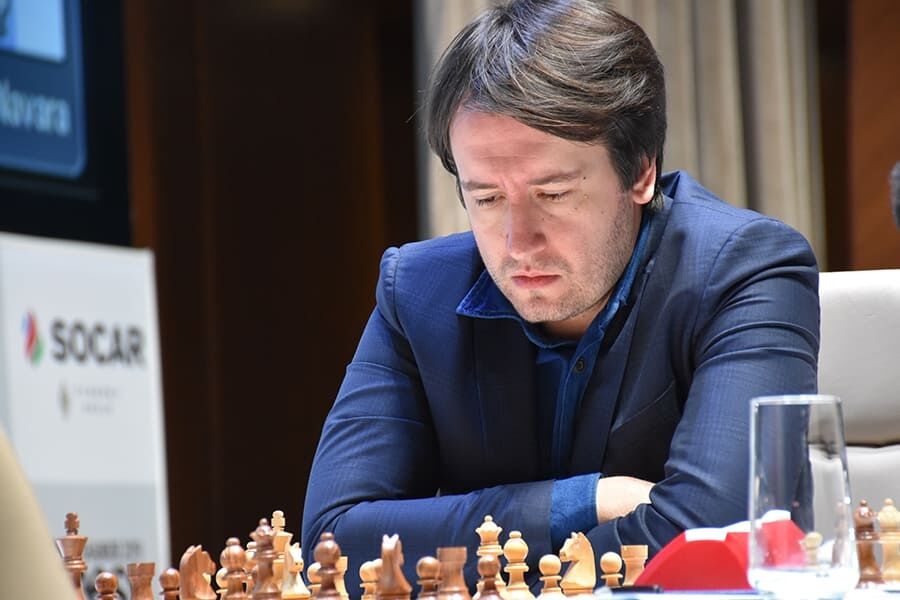 The player from Azerbaijan was one of the all-time great prodigies, famously beating world no.1 Garry Kasparov with black in Linares 2003 at just 15 years of age. Kasparov had been undefeated in five consecutive Linares tournaments before losing to Radjabov. He had not lost a rated game with white in seven years, and never lost one again. Radjabov was also the second youngest player to ever break into the FIDE Top 100, doing so at just 14 years and 9 months in 2002. 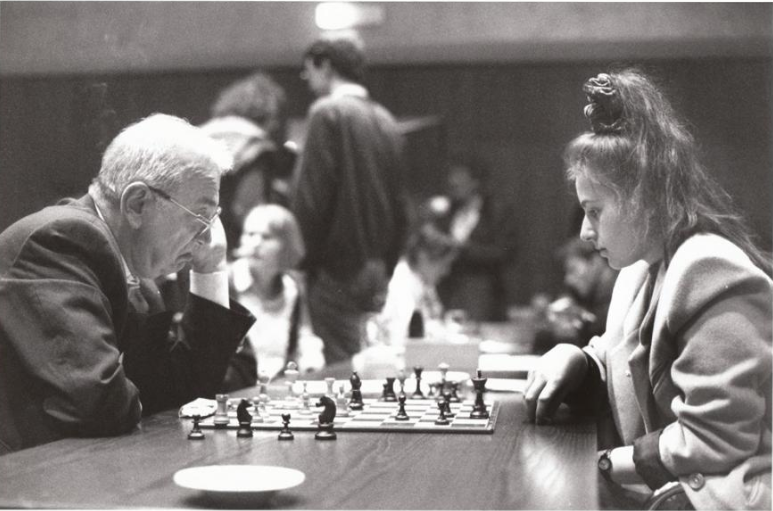 While much was made of her becoming the youngest grandmaster since Bobby Fischer, the truth is she was well positioned to achieve it much earlier. The greatest female player of all time is also by far the youngest player to ever enter the Top 100. Back then it was called the ‘Men’s’ list simply because until then, no woman had ever seemed to threaten this list’s label. But the great Hungarian prodigy just smashed the above records by entering the January 1989 ratings list at no.57 when she was 12 years and 5 months old. It is no exaggeration to say that she single-handedly changed the name of the Men’s Top 100 list, removing the name ‘Men’s’ from it. She was also the only woman to ever break into the Top 10 as well, reaching no.8 on several lists between 2003-2005. 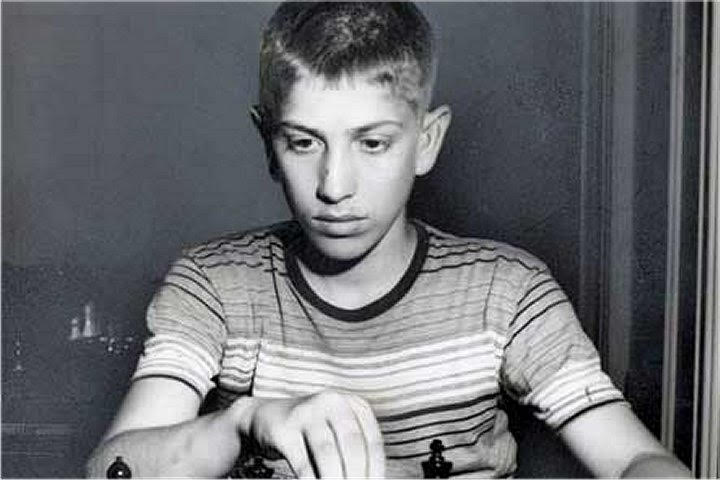 Although there is no reason to believe Bobby Fischer was that strong before he was 13, the fact he was US Champion at age 13 and a Candidate by age 15 does strongly suggest that had FIDE ratings existed then, he would very likely have squeezed into second or third place, just behind Judit.

How to Comfort Someone Who’s Been Cheated On

How to Comfort Someone Who's Been Cheated On

Back rank tricks in the Catalan