There is no stopping the Tiger

Vishy Anand’s three straight wins on Thursday were no fluke. The multiple world champion kicked off the second day of action with two more victories, beating Kirill Shevchenko and Levon Aronian in consecutive rounds to extend his winning streak to five games. A draw with white against Jan-Krzysztof Duda left the Indian two points ahead of his closest chaser with three rounds of rapid left to go.

Hungarian star Richard Rapport, one of three Candidates playing in Poland, replicated Anand’s day-1 feat, as he scored three wins in a row to climb to sole second place. Anand and Rapport are set to face each other in round 9 of the rapid, before the eighteen rounds of blitz kick off on Sunday. A normal scoring system (1 point for a win, ½ point for a draw) will be used in the second phase of the tournament.

Wesley So and Jan-Krzysztof Duda are sharing third place on 7/12 points. The US grandmaster beat his Polish colleague in their round-5 direct confrontation. 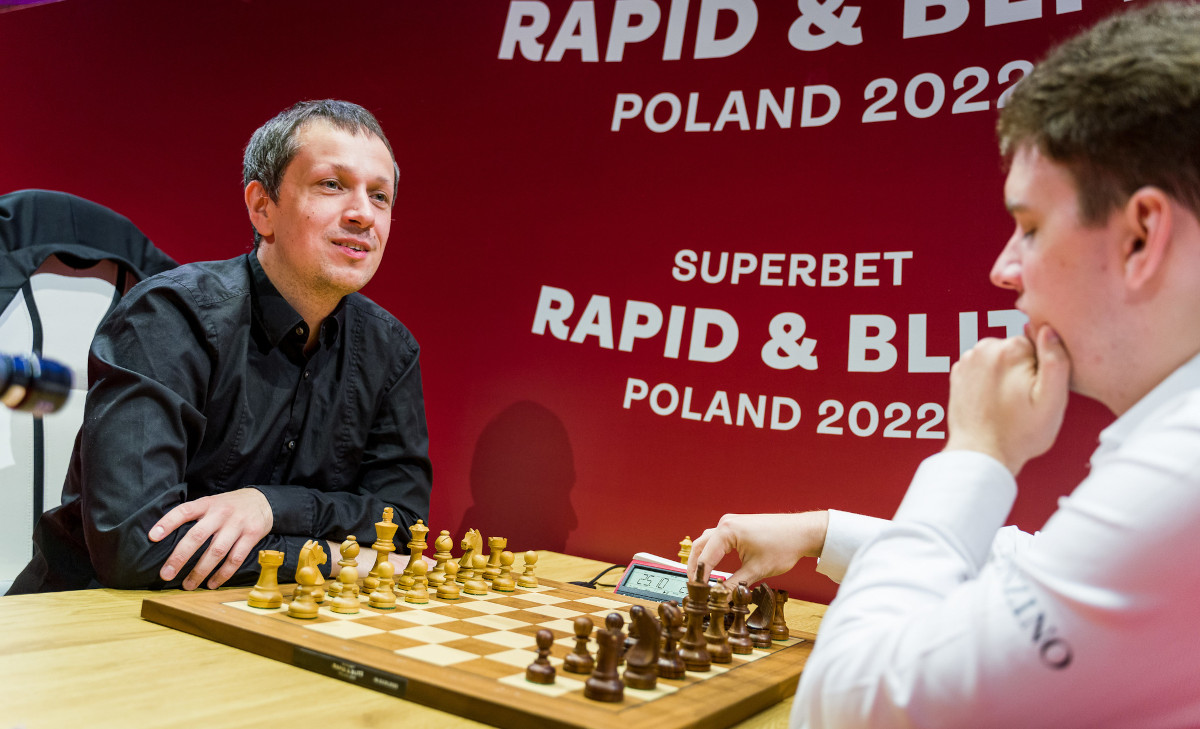 After taking down Shevchenko with white to start the day on the right foot, Anand had the tough task of facing Aronian with the black pieces. Aronian, who was on a +1 score at that point, pushed his g-pawn on move 13 out of a Bishop’s Opening (1.e4 e5 2.Bc4). Soon after, the man from Yerevan faltered decisively.

16.Nc4 was already an imprecision by White, as allowing the knight to grab the pawn on e4 with 16…Nxe4 — attacking the weak pawn on f2 — is a massive concession. That was not the losing mistake, though.

The only way to keep the fight going was with 17.Bxe4, while Aronian’s 17.Nxb6 fails to the good-looking 17…Nxf2

Aronian went for 19.Rxe5, but 19…Nxg4+ 20.Kg2 Nxe5 fully consolidated Black’s position. Four moves later, Anand “had the material and the compensation”, as he had two extra pawns and was still attacking the hapless white king. Aronian resigned. 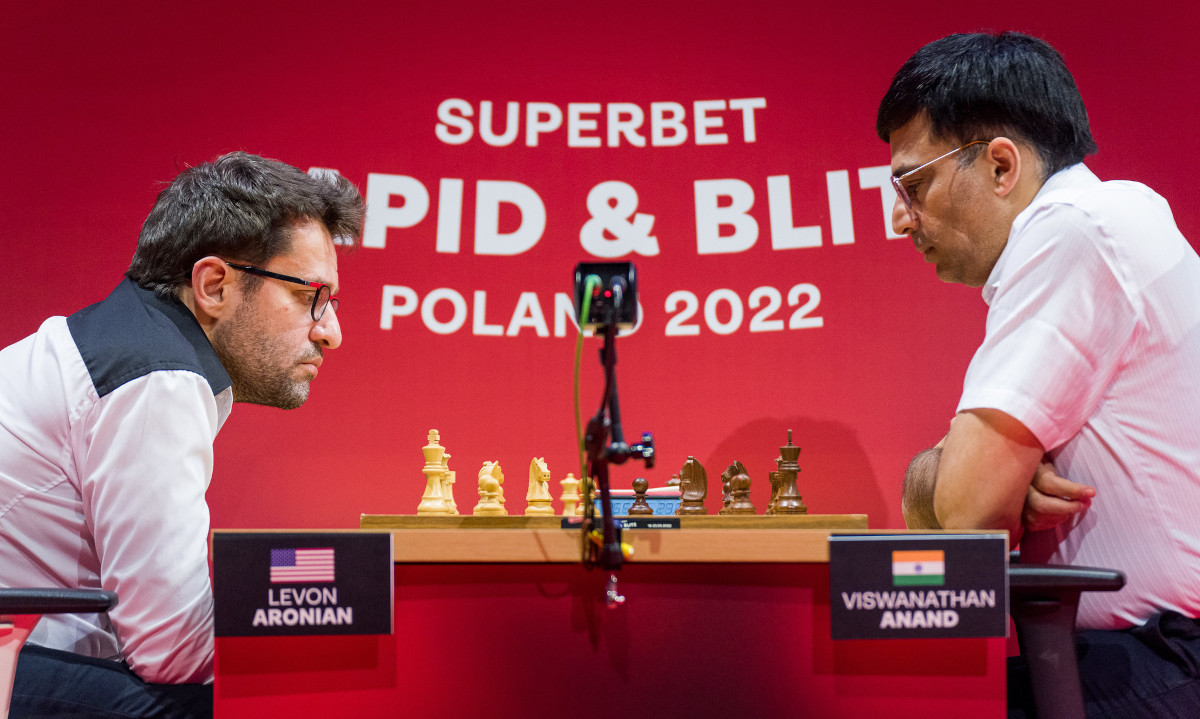 In round 4, Rapport grabbed his first win of the day by beating David Gavrilescu with the white pieces. The latter stepped in to replace Constantin Lupulescu. Born in 2003, the clear underdog has so far drawn Wojtaszek and So in Warsaw — a respectable performance given how heavily out-rated he is by his elite opponents.

Out of a French Defence, the ever-creative Rapport pushed his army on the kingside.

Here Gavrilescu needed to play 29…gxh6, the only move that somewhat deals with White’s dangerous threats. The young Romanian instead activated his queen with 29…Qxc4, but soon realized he had erred, as Rapport continued pushing his pawns — 30.hxg7 Bxg7 31.Qc2 Nbd5 32.h6 Bh8. White was clearly in the driver’s seat, but converting the advantage into a win was no trivial task.

In less than a month, Rapport, who is also among the participants of the Norway Chess tournament (May 31 to June 10), will play the Candidates Tournament in Madrid. He will face, among others, Fabiano Caruana and Jan-Krzysztof Duda, who are playing in Warsaw as well. 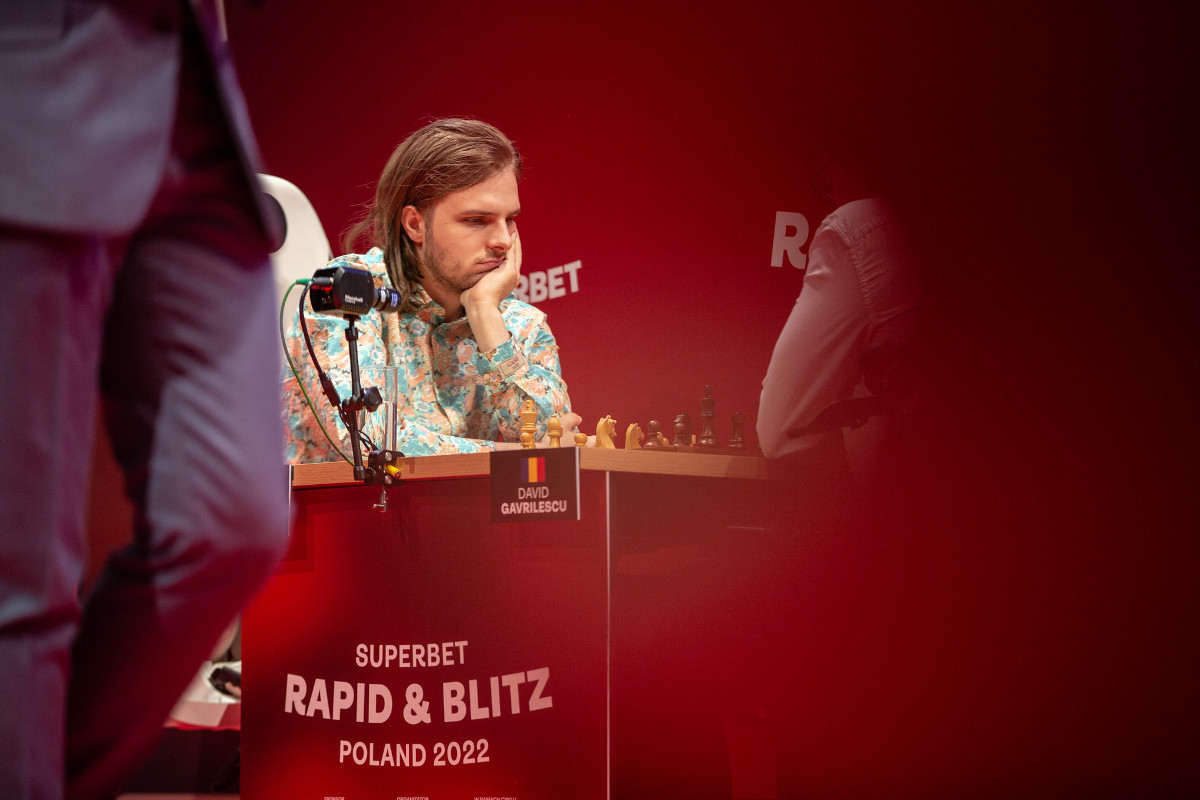 The Philippines Haul Gold Medals at the 31st SEA Games

Ukraine says to meet Russia for talks at Belarus border