Permission to only play in Spain

Gukesh won three tournaments in a row in Spain without conceding a single game. His unbeaten streak, which started on April 12, is now at 26 games. He won three events — first the La Roda Open and then the Menorca Open — and moved up to world number 66 in the live ratings list. Certainly an incredible feat! 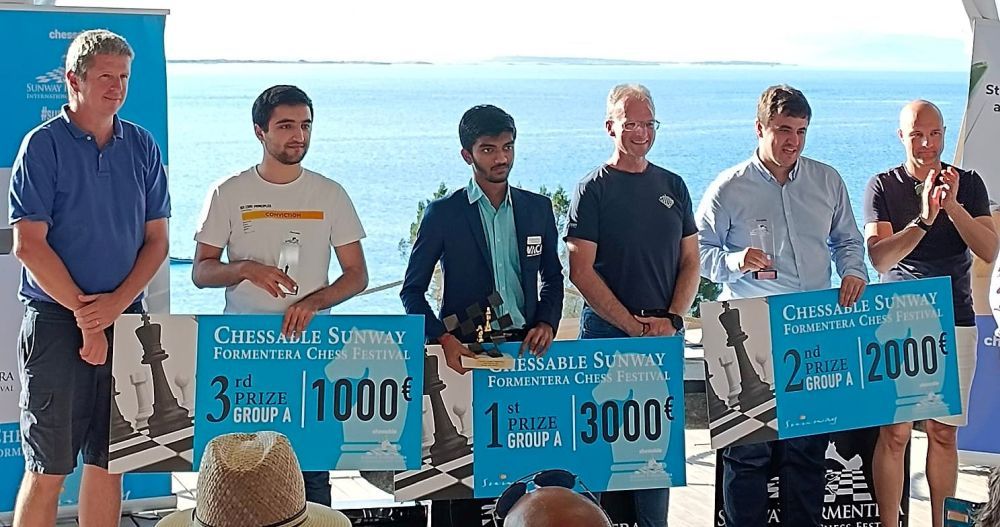 The Chessable Sunway Formentera Open took place from April 29 to May 8 in Formentera, the smallest and most southerly island of the Pityusic Islands in the Spanish Balearic Islands autonomous community.

On his way to overall victory, Gukesh scored two key wins over a couple of experienced grandmasters — José ‘Pepe’ Cuenca and Krishnan Sasikiran. The youngster had the black pieces in both games.

Now the threat of f4 is devastating as there are too many ideas for Black, including Nc4-e3 — if Bd2 is played, Nxd2 Qxd2 and the white king will be in deep trouble.

Black’s pawns on the queenside became a menace after White declined the queen exchange in this position. 35.Qxb7 Rxb7 would have probably not affected the outcome of the game, but it would have given some fighting chances.

Instead, 35.Qc2 suffocated White’s own pieces. There followed 35…b3 36.Qc1 a4 and the white pieces are cramped due to the lack of space. Earlier, Gukesh had declined a threefold repetition, making his intentions clear: he was playing for a win.

REPORT: Paul George May Miss the Rest Of the Season With Elbow Injury