In 2010, public access to the 7-piece tablebases had not yet arrived and the idea of 8-piece tablebases seemed so far-fetched that in a Google Talk video, Garry Kasparov wondered whether eight pieces might not be the limit. Does this sound extreme? Consider that at the time, the 6-piece set in Nalimov format took over a terabyte in storage space, and it was expected that the 7-piece would take over 100 times that. This turned out to be true as the Lomonosov set, the first to be publicly accessible, was in fact around 140 TB (terabytes) when it came out in 2012. While the arrival of Ronald de Man’s syzygy format brought this number down dramatically, the complete 7-piece syzygy tablebase set still takes up well over 18 TB, and each extra piece has increased the previous set’s space by an order of over 100.

Still, even with the astounding power of engines to back that data up, that quest for truth has not stopped and computer chess enthusiast and physicist, Marc Bourzutschky, has taken up the gauntlet. This is not his first foray into this world as he also first produced the first results of 7-piece positions as early as 2005, though he did not quite have the power of a super computer such as the Moscow University had when it helped calculate the full set in 2021.

Possibly the first result that begs an answer is how does the record of moves for a best solution stand? Until now, each iteration has extended this record enormously.

In four pieces, the longest solution is well established as the famous KQKR, short for King and Queen versus King and Rook, in which the longest solution to mate can take over moves. In tablebase parlance this is known as DTM, or Depth To Mate. This first endgame tablebase was generated by the pioneer Ken Thompson and was also the subject of a challenge to GM Walter Browne, the US Champion, back in 1978 using the chess computer Belle. 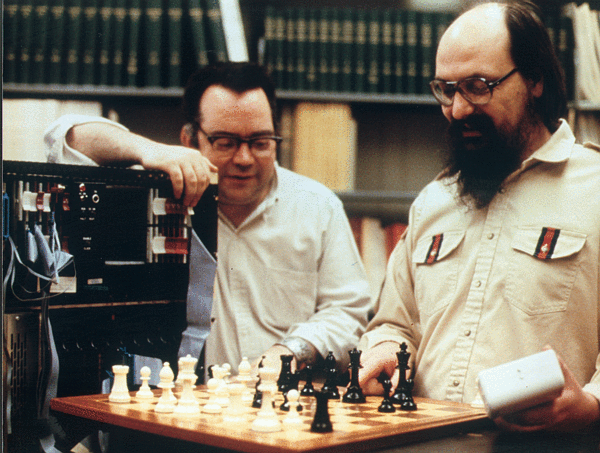 Joe Condon and Ken Thompson with Belle in 1982

Many configurations come to mind on which might present the longest and most challenging solutions, but the record belongs to king and two knights versus king and pawn. This was analyzed deeply by the famed endgame theoretician and composer Troitsky, later extended by André Chéron, and tablebases not only confirmed much of their work, but showed a maximum solution in 115 moves. 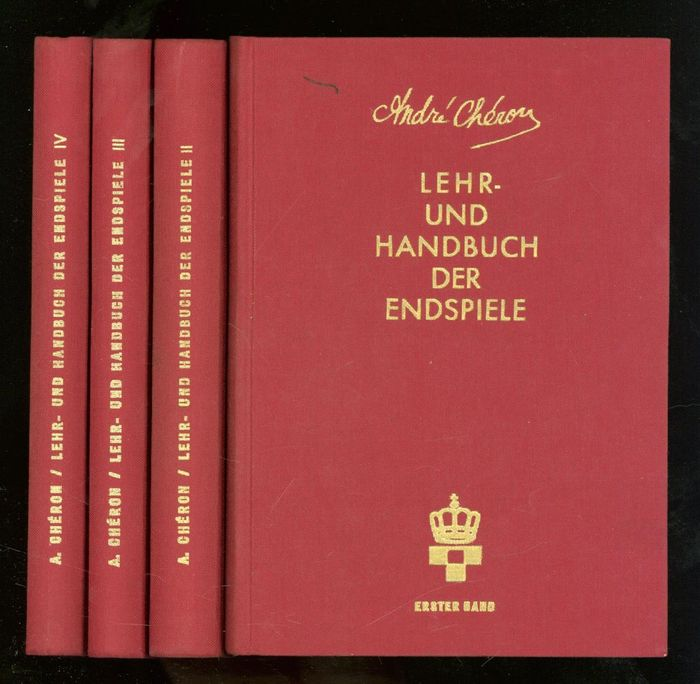 André Chéron, three-time French champion in the 1920s published his life’s work in the monumental four-volume Lehr und Handbuch der Endspiele (the German title). It studies basic endgames and endgame studies, with material drawn from many sources including his own contributions.

While considerable early work was done on it, the record was found by Lewis Stiller in a thesis published in 1991 with a staggering 262-move DTM solution.

The first record for seven pieces was announced in May 2006, when Marc Bourzutschky and Yakov Konoval discovered a KQNKRBN position with an astonishing DTC of 517 moves. DTC is a term that means Depth To Conversion, when the position is effectively won, though not necessarily mate on the board. In 2012, seven years later, the Lomonosov tablebases revealed a forced mate in 549.

As a result of these leaps and bounds it was speculated, understandably, that the longest mate with eight pieces might lead to solutions in excess of 1000 moves. However, Marc Bourzutschky has shared his findings with all the pawnless endgames and regrets to inform that the longest solution he found was a modest hop deeper with 584 moves.

The first thing you will notice is the curious layout of two bishops of the same color. This is quite legal of course, but it does illustrate just how strange it can need to be to force a record.

The field of endgame tablebases has led to a slew of terms to describe limitations and characteristics of the solutions presented. DTZ is actually not a solution, but rather a metric to describe the number of moves until a capture or pawn move. It means Depth To Zero ply, and is to determine when the 50-move rule is reached, if at all.

DTM means Depth To Mate, and is the most commonly understood measurement of the longest solutions. However, as in real life games, a player won’t worry so much about a precise path to mate, unless it is clearly on the board, the player will want to work out the path to the clear win.

This is where DTC comes into play. DTC means Depth To Conversion as previously explained, and is the preferred choice by Bourzutschky. As he explained in an email published at ARVES,

“One complication with DTM for measuring records is that in most positions it is possible to inflate the mate count by a preamble of captures or promotions. A case in point is the current 549 mate record position (for seven pieces), with material QP vs. RBN.

White under-promotes to a knight after a mere 6 moves to reach an ending with material QN vs. RBN where the real complexity lies. The distance-to-conversion (DTC) metric resets the counter not only after a mate, but also whenever the material distribution changes through a capture or pawn promotion and thus avoids confusing the count with artificial preambles.”

Bourzutschky did not content himself with exploring records with esoteric piece combinations, but also developed in depth positions with single blocked pawns, comparing the results with known studies as well as famous positions from games. In the next article these will be looked at in greater depth.

Coldplay will stop recording in 2025: frontman