A fistful of chestnuts | ChessBase 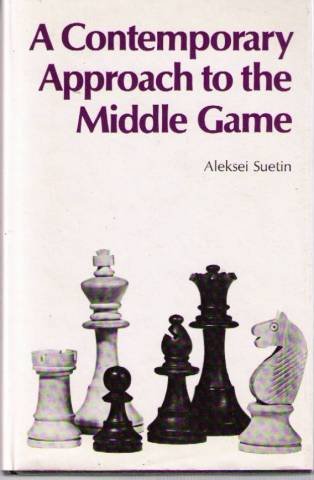 As readers may have noticed over the years, I’m not immune to the charms of the mixed metaphor. And had I not been able to conjure up a delicious foodstuff, then the fist would have been grasping roubles, which Alexey Suetin presumably received first for his Contemporary Approach to the Middlegame. Later it was translated in East Germany, generating tasty ostmarks to be shared with the Soviet state; and subsequently into English for BT Batsford, creating even yummier pounds.

I found Suetin on my shelf of middlegame books after deciding to branch out from Euwe and Kramer, which I’ve used a couple of times recently. Scribed (like Euwe and Kramer) in the ancient English descriptive tongue, I hadn’t touched it for years, but when opened, it proved to be a treasure trove of ‘old chestnuts’, some of which I’m going to share.

We start with tumbril full of queen sacrifices — which are not too hard to spot once you know that’s what you’re looking for. I’ve seen several of them before in other books, notably Walter Korn’s The Brilliant Touch in Chess, which I also managed to find on my shelves. It was published in 1966, a few years earlier than Suetin.