Number one in Latin America 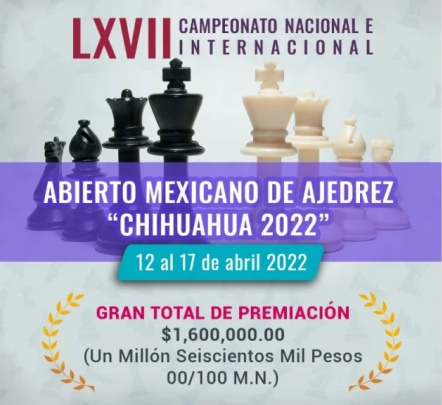 The two highest-rated Latin American players in the official FIDE ranking made their way to Chihuahua to play in the main event of the Mexico Open. Jorge Cori from Peru and Sandro Mareco from Argentina both entered the tournament with a 2652 rating. Ever since Leinier Dominguez and Lazaro Bruzon transferred to the United States, the two South American players have been heading the ratings lists in Latin America.

While in last year’s edition it was Cori who prevailed, shortly after knocking out Mareco from the FIDE World Cup, this time around it was the Argentinian who came out on top. On both occasions, the winner of the event scored 7½ points.

Mareco, who also won the Ibero-American Championship two months ago, defeated Cori in their direct encounter in Chihuahua. Moreover, his performance allowed him to become the number one player in Latin America and only one of two currently in the world’s top 100 — his compatriot Alan Pichot had a great performance in Buenos Aires to join him in the top-100 live ratings list.

Three players finished a half point behind Mareco in Chihuahua: Pablo Salinas from Chile, Kevin Cori from Peru and Luis Ibarra from Mexico. Remarkably, Mareco beat Salinas and Jorge Cori in rounds 7 and 8 before drawing Kevin Cori in the final round. For those wondering, Kevin is Jorge’s cousin — Jorge is also the brother of Deysi, who is currently ranked 60th in the world among women. 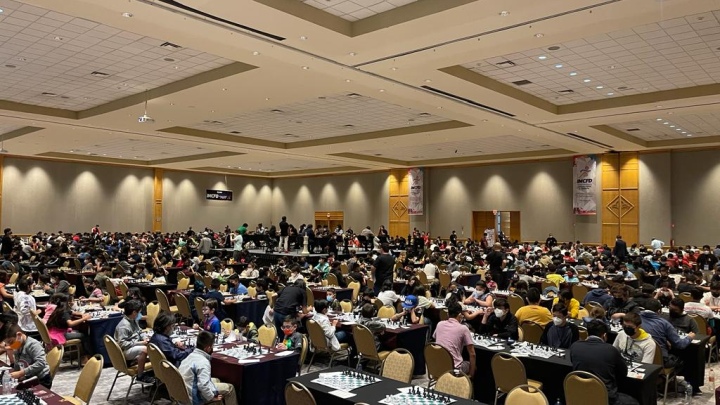 In the marquee matchup between Jorge Cori and Mareco, the Peruvian star played a novelty reminiscent of Vladimir Kramnik’s 7…Rg8 from round 3 of the 2018 Candidates Tournament. Cori went for 11.Rg1 out of a Ragozin Defence!

Naturally, Mareco was dumbfounded, as he spent almost 40 minutes on his next move. White’s intentions to create a kingside attack are obvious, so the Argentinian decided to develop his pieces sensibly while dealing with his opponent’s threats.

A tense struggle followed, with Cori castling queenside and advancing his h-pawn. The position was rather balanced, until Mareco blundered on move 37.

Black’s 37…Qe6 was a grave mistake, as it allowed the immediate 38.Qh5, which all but forces resignation. However, Mareco was not the only one missing this move. In a case of mutual blindness, Cori responded with 38.Qd3, preparing to push his f-pawn.

There followed 38…Rxc6 (the knight is too dangerous on the c6 outpost) 39.bxc6 Qxc6, and this time it was Cori who blundered into a losing position with 40.f5

Unfortunately for the Peruvian, a second case of mutual blindness was not in the cards, as Mareco found 40…Qa4, the only winning move in the position, and it is Black who has the quicker attack now!

Cori tried to save a half point by attempting to give a perpetual check, but Mareco did not falter in the remainder of the game, calmly escaping the checks and grabbing the all-important full point a few moves later.

Both the open tournament and the women’s tournament served as qualifiers to represent Mexico in the upcoming Olympiad. Luis Ibarra and Gilberto Hernandez made it to the open team as the top scorers in the main event, while Sandra Guillen and Ameyalli Avila gained the right to represent their country at the Women’s Olympiad in Chennai.

Avila found a good-looking silent move to win his round-7 encounter. Can you find it?

Mircea Parligras and Alessia Ciolacu are the new Romanian Champions