The Meltwater Champions Chess Tour breaks new ground next week with the launch of the first fully in-person esports event in chess, the Oslo Esports Cup. A star-studded gala event will open the tournament as Norway’s World Champion Magnus Carlsen goes for an unprecedented hat-trick of titles in his home city.

Carlsen, who tops the $1. 6 million Tour standings with $63,500 earned so far, heads a glittering line-up of eight of the world’s best chess players. The Oslo Esports Cup will be the first time the richest and most prestigious online tour in chess has hosted a fully in-person event from one arena, chess24.com’s dedicated broadcast studio.

The $210,000 tournament starts on April 22, with a launch ceremony attended by the players the day before. Two qualifying events, both won by Carlsen, have led up to this moment. 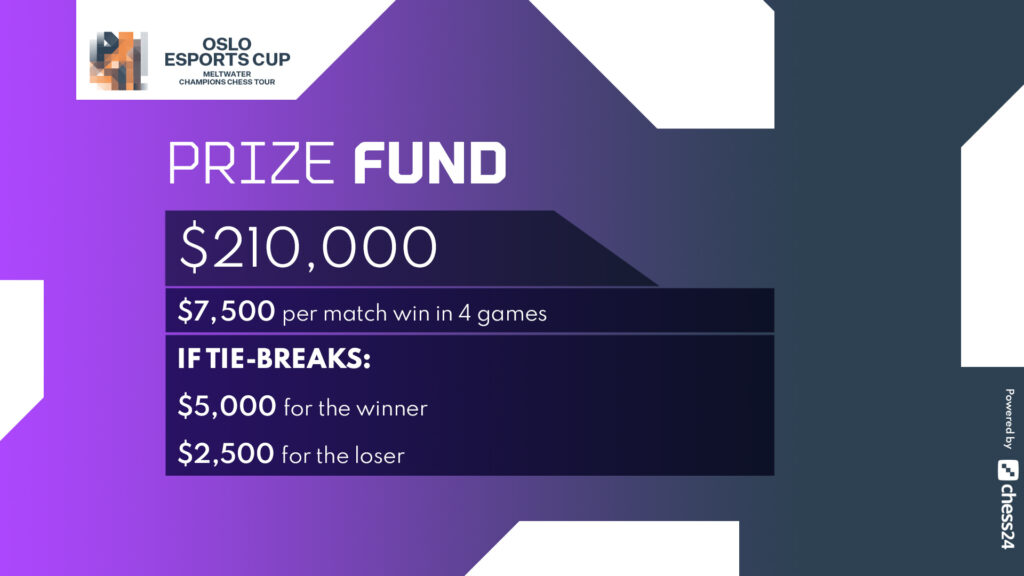 Also invited to the Tour’s biggest stage is Indian wonderkid Praggnanandhaa, who memorably beat Carlsen when they met in the Airthings Masters.

Sixteen-year-old “Pragg” has won $10,000 in two events so far. But, with up to $7,500 available for each match played in the Major, the youngster has the opportunity to grow his prize pot considerably.

World Cup winner Jan-Krzysztof Duda, who narrowly lost to Carlsen in last month’s Charity Cup, also takes his place in the Major along with the dangerous wildcard entry Jorden van Foreest. Speed chess specialist Liem Quang Le, a finalist at the Airthings Masters, and the in-form streamer Eric Hansen have both earned their spots through impressive performances on the Tour so far.

Two final wildcards have been handed to two of the biggest-hitters in chess: Dutch No.1 Anish Giri, who holds one Tour Major title, and the exciting Azerbaijan No.1 Shakhriyar Mamedyarov. 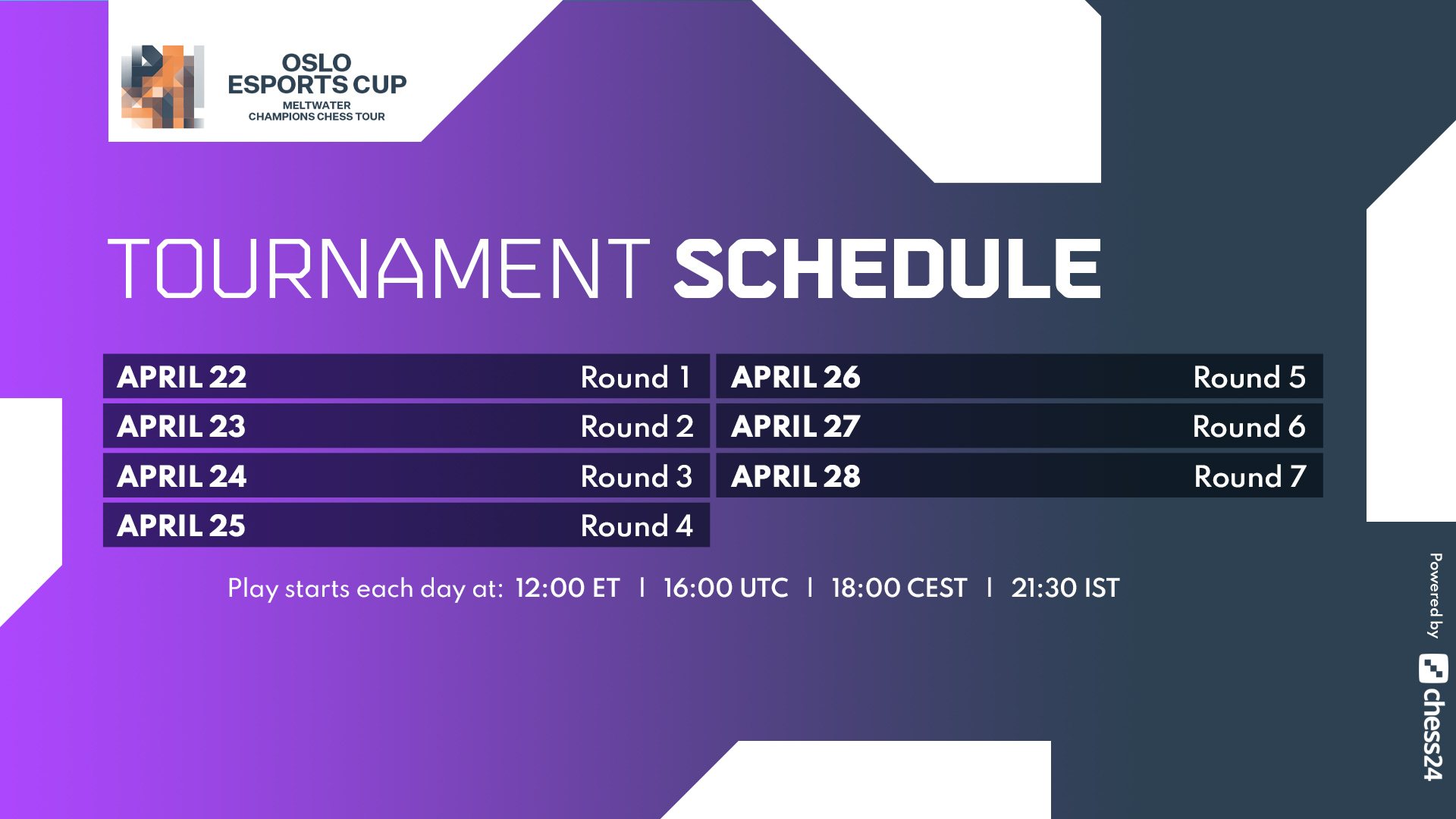 Meltwater, which measures news coverage and social media, said the Tour is generating “rapid growth” in interest ahead of its next event. Zubair Timol, Vice President EMEA at Meltwater, explained:

Based on our in-depth analysis of social data, chess continues to experience rapid growth across multiple demographic parameters including geography, gender and social backgrounds.

These findings combined with the first event being hosted in Oslo, the city where Meltwater was founded, provide us with great excitement and anticipation, as we build up to the event.

Players will go head-to-head in one four-game match a day for seven days, with the winner the player who accrues the most points — and cash — overall.

The first Major of the season will run from April 22 to 28 and is the third of nine Tour elite-level events this season. The overall Tour winner will be crowned the world’s best online chess player. Play begins daily at 18:00 CEST / 16:00 UTC.

A new grand strategy for a new dangerous world