Preparing for the Candidates 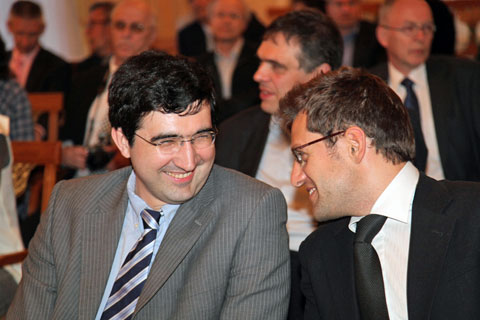 The last edition of the Linares Tournament was played in 2010, while the last edition of the Amber Tournament took place in 2011. Among elite events, these were two of the most famous and traditional in the chess calendar. For the likes of Vladimir Kramnik and Levon Aronian, their cancellation meant they had big holes to fill in their schedules — the calendar was quite imbalanced, with most events set to take place in the second half of the year.

By the time the 2012 Wijk aan Zee Tournament finished, the World Championship match between Vishy Anand and Boris Gelfand had not yet been played, but it had already been announced that the next Candidates Tournament would run as a round-robin event for the first time in 51 years.

Back then, Kramnik and Aronian were ranked second and third in the world, behind Magnus Carlsen. Carlsen had yet to participate in a Candidates event, as he had withdrawn from the previous edition, citing the selection process as not sufficiently fair. Given the Norwegian’s young age and his inexperience in similar events, many pundits considered Kramnik and Aronian to be the favourites at the 8-player tournament.

In addition, at the start of 2012, Kramnik and Aronian came from winning the last two elite tournaments played with classical time controls. Kramnik had won the 2011 London Chess Classic, while Aronian had finished clear first at the 2012 Tata Steel Masters. Both tournaments had Carlsen in their lineups.

Amid these circumstances, it was fitting for a friendly match between Kramnik and Aronian to be organized in the springtime of 2012. In what was the first edition of the Zurich Chess Challenge, which ran until 2017, the chess stars were pitted against each other in a 6-game contest. The match took place on April 21-28, almost exactly ten years ago.

The relaxed environment surrounding the match worked wonders, as the protagonists are well-known for their creativity and proneness to experimentation. Rest days were scheduled after rounds 2 and 4, while a slow time control, resembling the one used in the Candidates, was in place — 2 hours for 40 moves, an hour for the next 20 moves, 15 minutes until the end of the game and 30 seconds of increment per move starting from the 61st.

Since it was a friendly match with a live audience, in order to avoid the spectators from leaving the hall disappointed by a short draw, the organizers put forth a novel regulation: if a game ended in a draw after less than three hours, the contenders had to play an extra rapid encounter, which would not affect the final result of the match.

Only once did a game finish drawn in less than three hours, with Aronian grabbing a win in rapid after game 4. 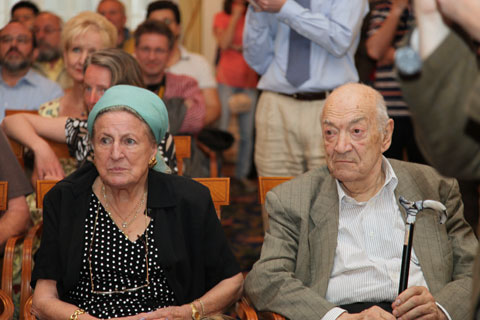 Two games finished decisively in the week-long event. Aronian scored a win right out of the gate, beating his famed opponent with the black pieces in game 1. Kramnik bounced back the next time he got the white pieces, as he surprised his opponent by playing 1.e4 and choosing a Four Knights Opening in the third encounter.

Kramnik’s victory was highly entertaining. Aronian gave up his queen as early as on move 12, but got a dangerous initiative against White’s king, castled on the queenside. A sharp struggle ensued, with engines showing an almost permanent plus for White. Even a single inaccuracy could have turned the tables, though. Kramnik nonetheless showed great calculation skills and was rewarded with a spectacular win.

Replay the game with analysis by GM Alejandro Ramirez.

Every time Kramnik had the black pieces, a Berlin Defence appeared on the board — the weapon which allowed Kramnik to beat Garry Kasparov at the 2000 World Championship match in London. Except for game 4, which was the quietest of the match, the system did not lead to dull encounters, though.

In fact, game 6 saw both players missing chances in a tense battle which lasted 43 moves. 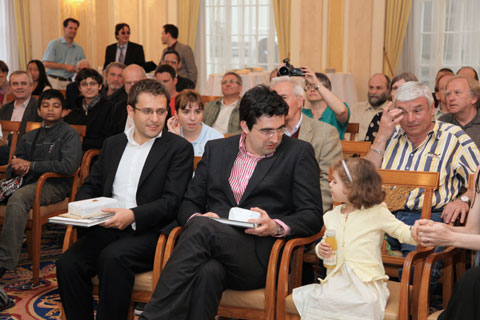