Burri, born in 1957, led the chess festival for 20 years from 1998, succeeding Hans Suri, before finally handing over the organisational reins to younger hands.

Even before and after his time as tournament director, “PeBu”, as he was called by his friends and comrades-in-arms, was involved in the organisation of the traditional Swiss tournament in various capacities, for a total of 40 years. He always radiated calm and sovereignty and was a perpetually friendly contact person for his organising team and the players who travelled to Biel from all over the world, including many world-class players. In his conversations and contacts, Burri was always obliging and knew a solution for every problem.

Burri and his team created a friendly and warm atmosphere at the tournaments in the Congress Centre. Many players were regulars at the Open and enjoyed taking part every year. The players of the grandmaster tournament were looked after with special care. On the rest day, excursions to the surroundings of Biel were offered, in which most players gladly participated.

I remember an excursion to an inn in the mountains, which was also attended by Nadezhda and Tatiana Kosintseva, who were still young at the time but already very strong. As they were not quite of age yet, they were accompanied by their father. During a friendly chat, I once asked him somewhat tongue-in-cheek what his task in Team Kosintseva was. He spoke hardly spoke any German or English, but understood the joke and made a sweeping arm movement towards himself, with which he wanted to imply that he was responsible for collecting the prize money. But when he moved his arm, he accidentally hit his glass, which tipped over and spilt his drink on his trousers. Burri eased the situation with a short amusing comment and the group continued to sit in the sun on the terrace and took up their conversation again.

Mr Kosintsev sat near a balcony. Only a short time after the accident with the glass, someone on the balcony was watering flowers and some of the water landed again on Mr Kosintsev, w mishap, which general laughter but which he took with humour. 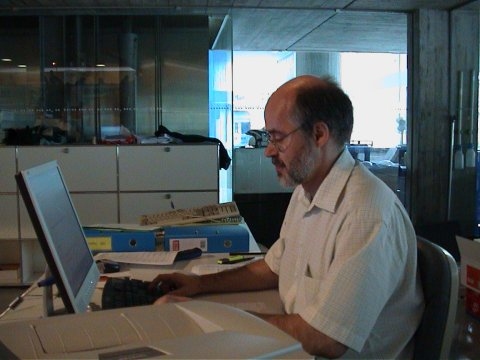 Thanks to Burri the organisers of the Biel Chess Festival were also pioneers in live broadcasts or video commentaries. But not only here: He and his co-organisers repeatedly succeeded in bringing the rising star Magnus Carlsen to Biel. In addition, countless talents matured in the Biel Master Open.

In the 1990s, the organisers of the Biel Chess Festival and ChessBase developed a close and friendly cooperation that continues to this day. André Schulz and later Pascal Simon were annual guests in Biel during the tournament and reported on the tournaments. Pascal Simon organised live commentaries from the congress centre.

Burri died on 23 March 2022 after a short serious illness. The funeral service took place on 1 April at the Biel-Madretsch cemetery.

We will miss Peter Burri.

Liverpool hits Leeds for six to close gap on City

8 Dog Rescues in the Philippines: Adopt and Support