The Meltwater Champions Chess Tour will continue to be part of the tournament calendar as a regular online event in the coming years. The tour organisers of the Play Magnus Group have signed a long-term contract with the Norwegian TV channel TV 2, which will continue to accompany the tour tournaments with live broadcasts for the next five years.

TV 2 sports editor Vegard Jansen Hagen explained the channel’s motivation for renewing the contract: chess has developed into a television sport with a growing audience in recent years. The format of the Meltwater Champions Tour tournaments, with its rapid chess games, is exciting and viewer-friendly. The duration of the series also makes it a year-round event.

The Meltwater Chess Series 2022 will comprise nine tournaments. The first tournament starts on 19 February 2022 and the last regular tournament of the series, the Aimchess US Rapid, starts on 28 August. The series will end with the finals from 11 to 20 November.

The dates of the Meltwater Champions Chess Tour are coordinated with the dates of FIDE events to allow the top Grandmasters to play in the online tournaments and over-the-board events. 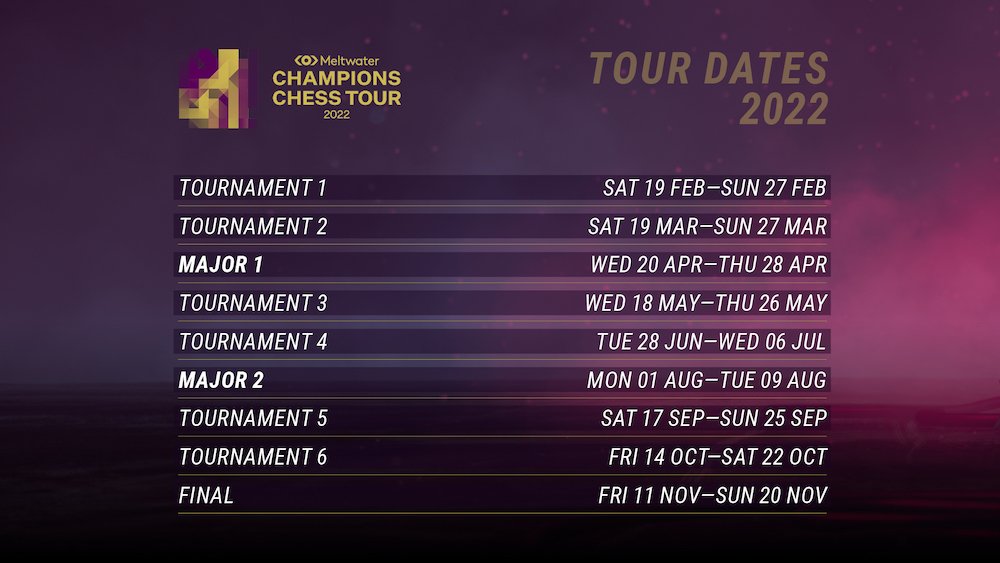 In the first season of the Meltwater Champions Chess Tour, which ran from November 2020 to October 2021, the ten tournaments and their games were watched by viewers all over the world, and all in all these viewers spent around 30 million hours following the games.

All tournaments were played with a preliminary round-robin, followed by an eight-player knock-out stage. Points were awarded for the placings. The best players took part in the final tournament.

Magnus Carlsen won three of the regular tournaments and the final tournament. The other tournament winners were Wesley So (3), Teimour Radjabov, Anish Giri and Levon Aronian. All in all, 41 players took part in the 2020/2021 Meltwater Champions Chess Tour tournaments.

Line-up of the Airthings Masters

Sixteen players in total will battle it out in the round-robin stage of the Airthings Masters before eight go forward to the knockout stage. 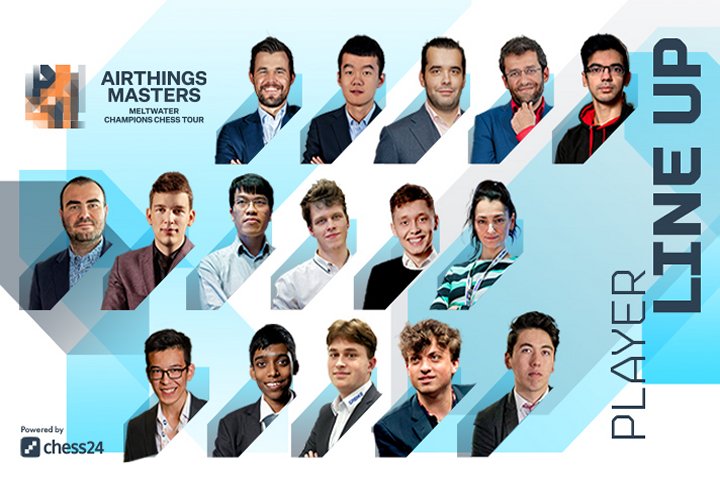 Participants of the Airthings Masters

Zubair Timol, Vice President EMEA Meltwater, said: “Meltwater is excited to see the next generation of chess players participating in the Tour. Similar to Meltwater’s approach to developing talent, the Tour gives new players a platform to participate and thrive on, ensuring continued progress and innovation.”

Business leaders back NCR’s shift to most relaxed alert level

Will Canelo fight happen for Artur in 2022? ⋆ Boxing News 24

Globe network closes 2021 with substantial improvements across all Ookla metrics