Rating favourite Alexander Motylev won the European Rapid Championship in Katowice after scoring 9 wins, 1 draw and 1 loss at the two-day event. The one loss suffered by Motylev, aged 42, came in round 5, when he was defeated by Polish grandmaster Michal Krasenkow, who is still going strong at 58.

A crucial game was played in round 9, when Motylev inflicted Alexander Donchenko’s only loss of the tournament. After move 20, Donchenko suddenly found himself confronted with a position that was difficult to handle. 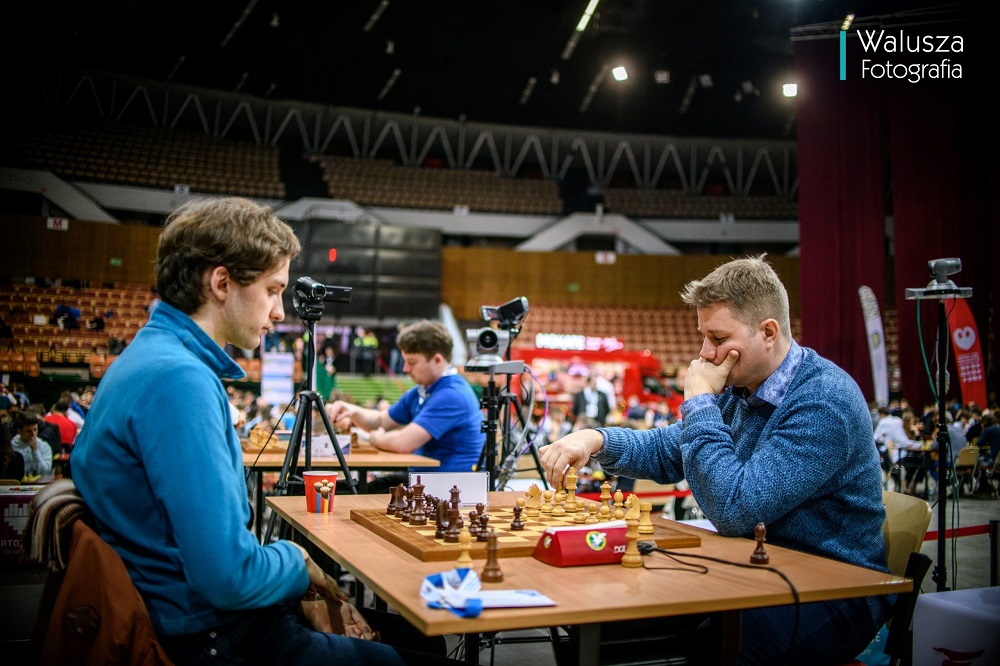 Donchenko and Motylev during their crucial round-9 confrontation

Can you own Byrne-Fischer? | ChessBase