A strong performance by Max Warmerdam

The venue of the finals of the Dutch Open National Championship 2021 were the Dutch headquarters of title sponsor Deloitte in the port of Rotterdam. Deloitte is a consulting firm headquartered in London and active in 100 countries.

The 21-year-old Warmerdam dominated the finals. Warmerdam comes from Tegelen, studies economics in Tilburg and is coached by Loek Van Wely. In 2018 became an International Master and in 2021 he became a Grandmaster.

Warmerdam won the mini-match against Swinkels 2-0, and he won both mini-matches against Lai and Pruijssers with 1.5-0.5 to finish the tournament with 5.0/6.

On the last day of the tournament he easily demolished Swinkel’s Stonewall and won in only 24 moves. 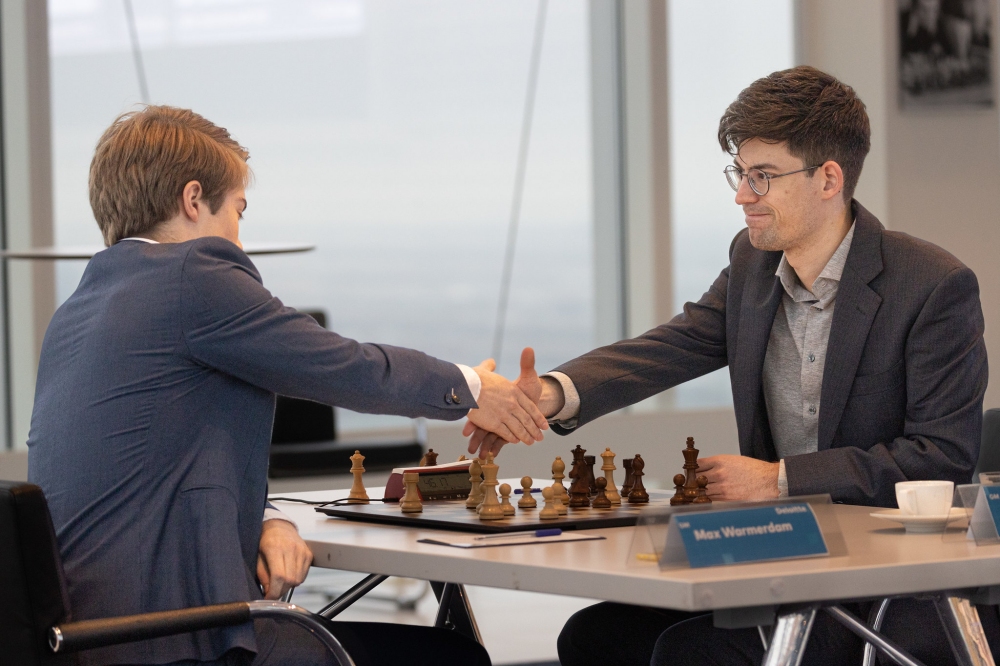 8.Qc2 Ne4 9.Rb1 Nd7 10.b4 The white plan looks much more dynamic than the cumbersome and time-consuming occupation of the square e5 which textbooks recommended in the 1960s.

15.c5 The exchange on c5 would now open the diagonal a1-a8. This is not pleasant for Black but bearable.

20…Qa6 Time for the finishing touch: 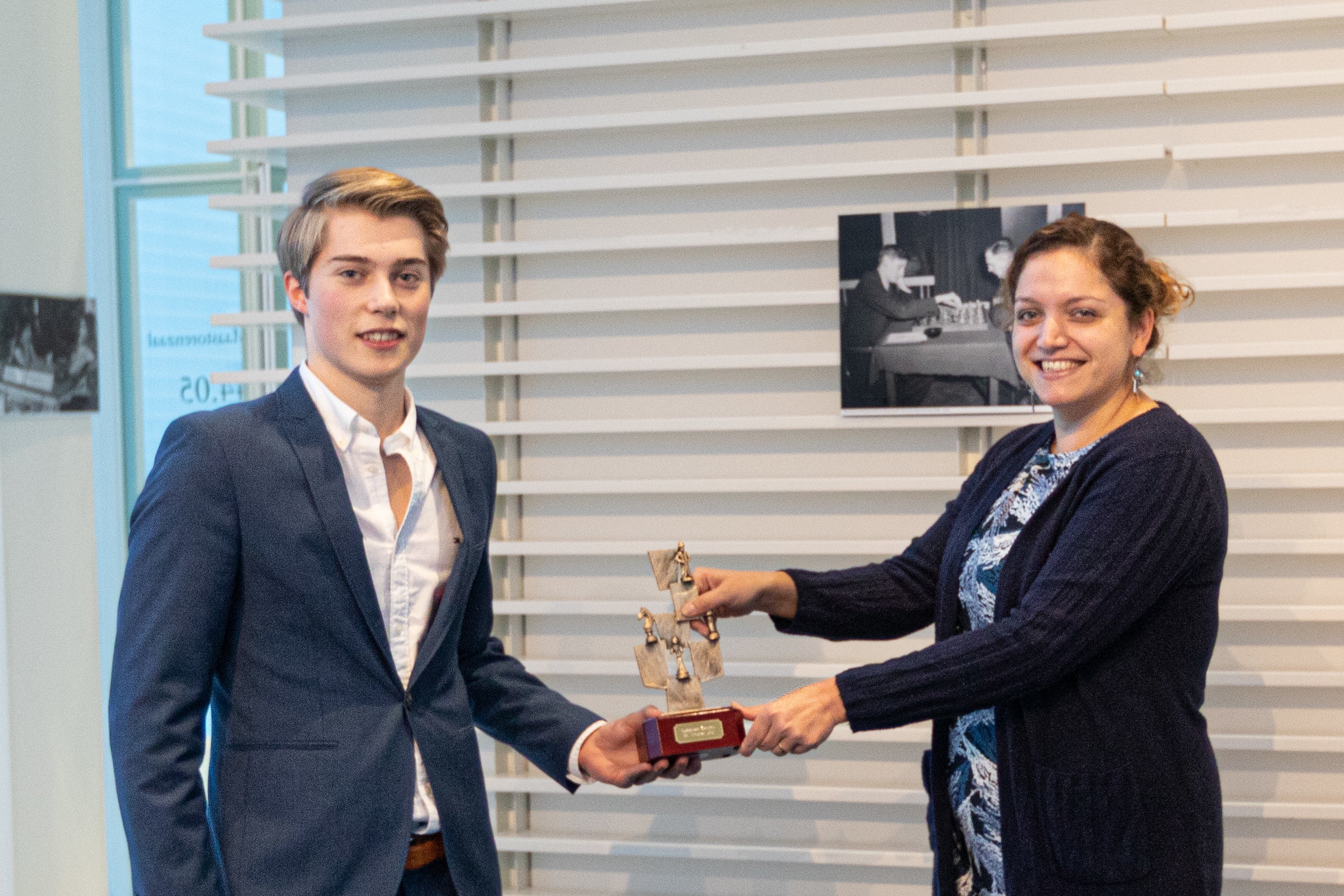 Max Warmerdam with the winner’s trophy