Jan-Krzysztof Duda was the clear favourite to win the blitz championship in Katowice, and he was living up to the expectations throughout the day, getting a clear edge over the competitors going into the last round.

However, it was due to his defeat in the last round against Ilja Schneider that the Polish star only finished a half point ahead of second-placed Maciej Klekowski. Schneider, a 2-time German blitz champion, not only has outstanding skills in this discipline in general, but also has an unconventional arsenal of weapons in the opening phase.

This move is certainly not ‘playable’, but the decisive factor is whether the opponent succeeds in refuting its validity!

8.Nd4? The manoeuvre came too late.

8…0-0 9.Nxf5 Nxf5 Black has a strong attack: the white king is unprotected and the white queenside is not yet developed.

[After the strongest move 10…Qh4! the position would have been all but lost for White.]

[Black missed 15…Qh6! Besides mate on h2, there is also the threat of simply further strengthening the attack with Rf4 and Raf8.]

20…Nb4?! However, this move is not particularly effective.

[22.d4! was Duda’s best defensive try: he is a pawn down, but suddenly he has good control over what is happening on the board.]

Now Duda has the upper hand!

41…a4? The right idea, but this was not the correct first move. 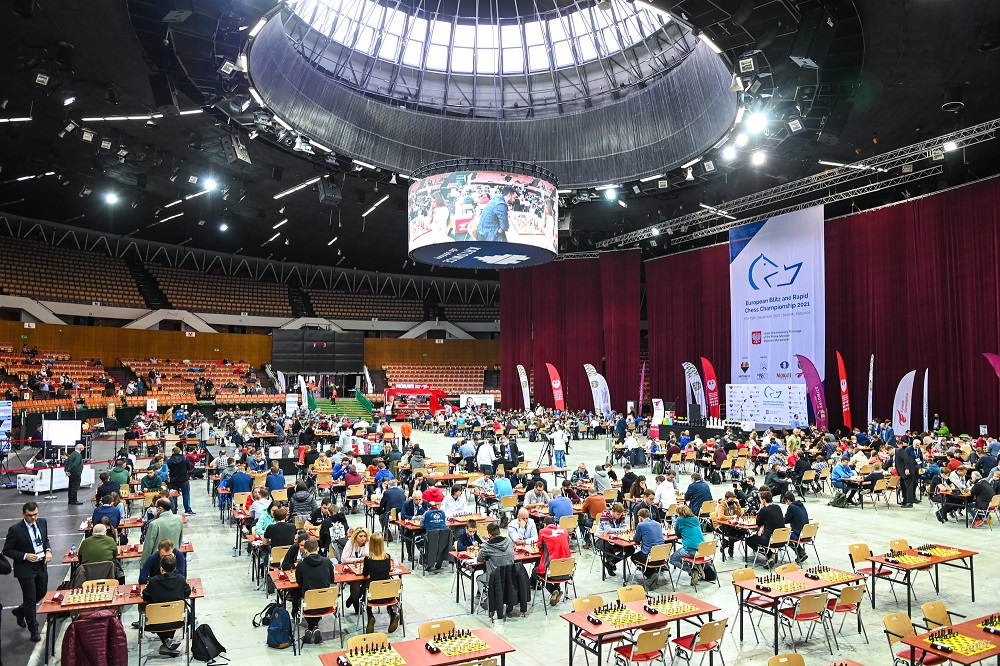 With more than 500 participants, let us hope that the strict sanitary measures were effective!

REPORT: Joe Johnson Signs With the Boston Celtics On A 10 Day Deal