On Monday the 8th Sunway Sitges International Chess Festival started in Sitges. For the A-Open 280 players have registered, among them more than 30 grandmasters. Top seed is Anton Korobov from Ukraine, second seed is Ivan Cheparinov. Behind him follows Nihal Sarin as the best player of the large Indian delegation, which is 69 players strong and includes ten Grandmasters and two WGMs. 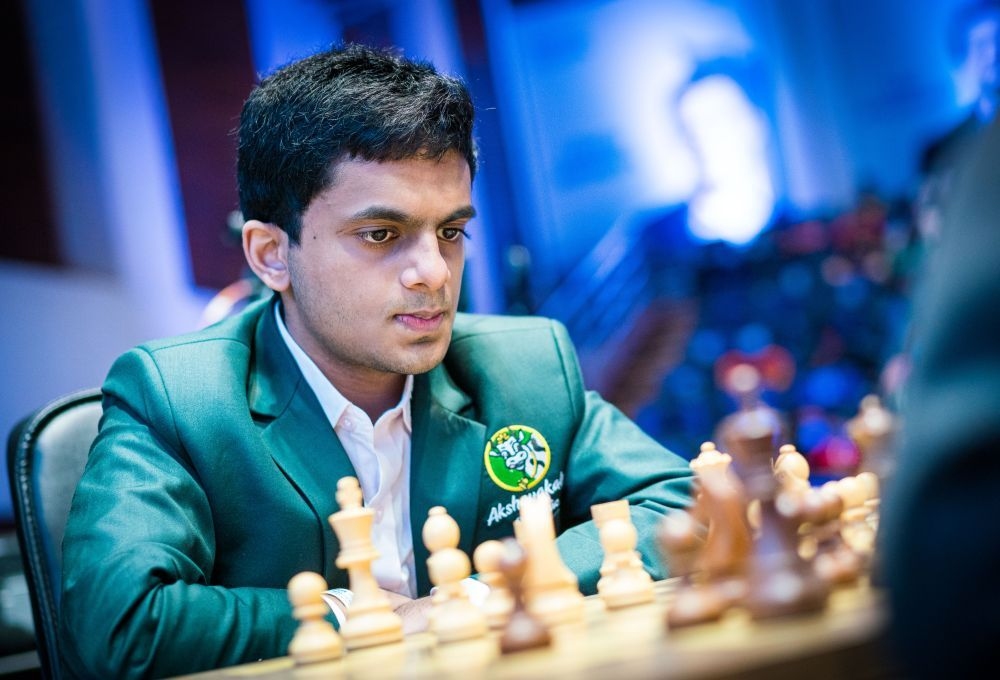 113 players take part in the B-Open which is limited to players with an Elo-rating of <2001.

After 3 rounds no less than 19 players still have a perfect score. Top seed Anton Korobov is among this group of 19 players and in round 3 he won a nice positional game, in which he demonstrated why positions with opposite-coloured bishops are everything but drawish when other pieces are still on the board.

Marlon Tapales not intimidated by Murodjon Akhmadaliev: ‘I’m ready to be champion’

Marlon Tapales not intimidated by Murodjon Akhmadaliev: 'I'm ready to be champion'